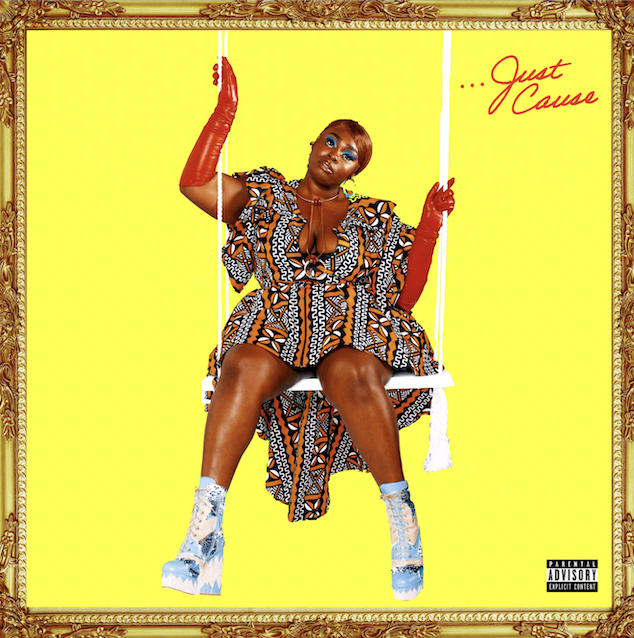 HER EP …JUST CAUSE OUT NOW VIA LOUD ROBOT/RCA RECORDS

A PERFORMANCE OF “FUN” FROM THE INSECURE SEASON 5SOUNDTRACK – WATCH HERE

Today, Nnena releases her new EP …Just Cause via Loud Robot/RCA Records. This four-track EP showcases Nnena’s range and versatility over mellow, R&B tempos with some reggae/pop/soul flares woven throughout. Features on the release include Childish Major, DaVionne and WESTSIDE BOOGIE – the latter on the standout track“Come Again.” This new project follows the release of her debut EP Bipolar AF, the first release from the partnership between Loud Robot, the record label from JJ Abrams’ Bad Robot and RCA Records.

Listen to …Just Cause EP: http://smarturl.it/NnenaXJustCause

Recently, Nnena featured on Insecure: Music From The HBO Original Series, Season 5soundtrack with her memorable single “Fun,” which is currently the second highest streamed track on the album on Spotify. This week Nnena had her late night television debut performing the track on The Late Late Show with James Corden – watch it here.

An incredible writer, lyricist, rapper and vocalist, bursting with effusive energy and a massive personality, the Cleveland native, born Nnena Adigwe to Nigerian parents, credits some of her robust, descriptive storytelling impulses to her past screenwriting experience. Nnena began writing comedic sketches during college and that soon led to working on more full-fledged projects—the kinds of works that needed sound tracking. Rather than pay licensing fees, she tried her hand at making her own music.  Her music reflects her eclectic influences ranging from Otis Redding to Millie Jackson, from Queen Latifah to Miriam Makeba to Kendrick Lamar and especially  “Lauryn Hill, she molded me the most,” along with other neo-soul genre artists Musiq Soulchild and Jill Scott, as well from Drake, J. Cole, to Tiwa Savage.