ON: February 9, 2022 BY: Alexandra Bonnet OBSESSIONS 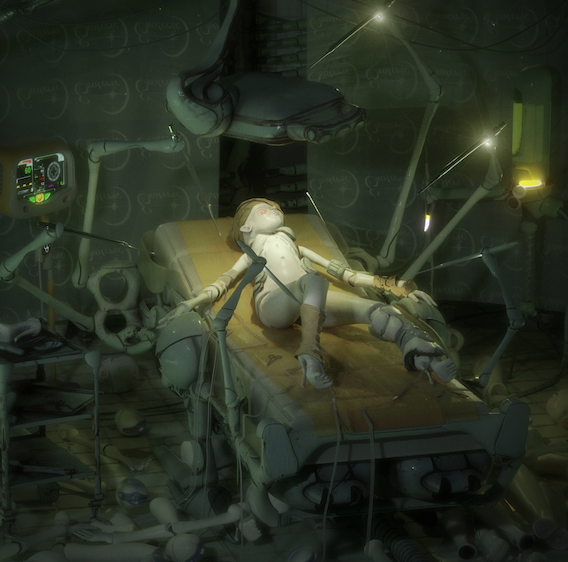 Today, the next installment in the late Harry Hains’ ANTIBOY universe has been released. The new single “Insanity,” and its captivating, cinematic music video powerfully depicts the conflicting duality of one’s inner and outer existence when in the grip of a mental health spiral. PRESS HERE  to stream the track, which features Harry’s poetic lyrics and angelic voice and was produced by Fernando Garibay (Lady Gaga, will.i.am, Sia).  PRESS HERE to watch the evocative video, which stars in-demand British contemporary dance artist Leah Marojević and was directed by Agustín Farías with choreography by Alice Heyward.

The late gender-fluid visionary artist, actor and creative Harry Hains dreamed of a united world where social constructs and labels do not exist. His beautiful and compelling message of inclusivity and love lives on through his artist project ANTIBOY that envisions an existence with greater understanding and compassion for one another. “Insanity” puts the spotlight on mental health, depicting the two “worlds” experienced by someone in the grip of a mental health spiral or addiction. A laboratory where a scientific experiment is trying to bring relief by emptying the mind of someone who is struggling represents the real world where we can feel paralyzed by the judgement of others. The empty space where our subject’s dancing becomes more and more frenzied represents the parallel reality of the descent into the freefall of insanity in one’s mind.  Evocative movement and frenetic energy illustrate the helplessness of losing control of one’s feelings or thoughts, expressed beautifully by esteemed dancer Leah Marojević. Mental health has long been a critical issue, especially among youth who are vulnerable to the challenges that arise around identity, sexuality, gender, race, self-expression, social media, bullying, self-medication, addiction, and now the effects of the COVID-19 pandemic that have exacerbated mental health issues for so many.  The message of “Insanity” sits at the intersection of mental health, LGBTQ equality, inclusivity and acceptance, and the ongoing epidemic of drug addiction, something that Harry struggled with and ultimately passed from.

“Harry’s work, through ANTIBOY, goes beyond labels, categories and names, coming up with new terms that can help us imagine what it means to be on Earth, aside from inheriting logic and conventions. Harry left us just before the Coronavirus pandemic, a catastrophe that has brought many people to points of extreme mental illness, and ‘Insanity’ is coming out in this moment almost two years later, to help us understand our human conditions better, to know we’re not alone and that spiraling into depths of mental, emotional and cosmic complexity are part of being alive, and not states that need to isolate or separate us from one another,” says director Agustín Farías.

Says dancer Leah Marojević, “I immediately felt an affiliation with Harry’s creative relationship to post-humanism, or trans-humanism. Across my career I have worked intimately with ideas of fictionalising my body into new figures and forms, as a way of liberating from various limits or oppressions which are experienced in reality.  It was truly a wonderful experience to be part of this. Working together with friends for another friend creates a very particular energy of generosity and humility. I won’t forget saying cheers with Agustín and Alice after filming, dedicating it all to Harry with the hope that he likes what we did together.”

Harry’s ANTIBOY universe has been growing from a message into a movement that is opening minds and hearts thanks to his family, friends and this ever-growing circle of creatives and fans committed to keeping his art and music alive. His mother Jane Badler, an actress with many Hollywood credits, is the driving force behind ensuring that Harry’s vision and the ANTIBOY project is shared with the world. Jane has become a fierce ally and advocate for the LGBTQ community and for mental health. Her unwavering commitment comes from witnessing the complex struggles that Harry went through from a very young age not feeling understood or accepted and ultimately enduring an unthinkable loss when Harry lost his battle with drug addiction in 2019. Through releasing Harry’s music and art, Jane and the Hains family are offering a hopeful message and an inclusive community for anyone struggling with battling demons of their own or just feeling like they don’t fit in anywhere.

“‘Insanity’ is about the mental health of Harry and of all those that suffer with mental health issues. The inability to reach out and ask for help, especially when in the grip of addiction, is why so many young people end their lives – it’s knowing and yet being incapable of getting out of the cycle. Harry wrote the lyrics for ‘Insanity’ and it shows the brilliance of his poetry. Harry could never express in real life what he could in his lyrics and songs. Writing was his way to try to understand and make sense of things – taking the madness and creating beauty. It was hard for Harry growing up in school – he had so many friends but he always felt like he didn’t fit in. We need to let our children know that whoever they are is just perfect. His legacy lives on in his music, his poetry and the extraordinary way he touched everyone he met with his fearlessness and beauty,” shares Jane Badler.

ANTIBOY represents a genderless transhuman living in a future non-binary world where there is no judgement and people are seen only for their inner pure consciousness. In 2020, Harry’s family released ANTIBOY’s album A Glitch In Paradise  with a series of stunning visuals that included animation from Harry’s brother, 3D artist and designer Sam Hains, including the “Dream” video which represents a celebration of differences and featured transgender model/activist Andreja Pejić and directed by Charlie Chops (who has worked with Rihanna – Savage x Fenty, Kim Petras, Marina and The Diamonds, Grimes).  The album also featured “Paradise” and “Good Enough”.  Earlier this year, ANTIBOY’s song “One Love” was released in conjunction with a limited-edition T-shirt in partnership with celebrated graphic designer Jason Ebeyer and The Phluid Project to provide support for LGBTQ+ youth. 100% percent of the proceeds directly benefit The Hendrick Martin Institute (HMI), the United States’ largest LGBTQ+ youth services organization. The song was produced by famed super-producers, RedOne and Fernando Garibay who last collaborated on Lady Gaga’s Born This Way album. Harry’s ANTIBOY project has received praise from the likes of Paper, Billboard, People, Pitchfork, NME Flaunt, Out, Tmrw Magazine, Nowness, The Advocate, and more.

Growing up in Melbourne, Australia, Harry‘s uniquely imaginative mind blossomed as a child. He created horror films on his camcorder and wrote short stories and countless poems inspired by Sylvia Plath and EE Cummings. His path eventually led him to London for modeling and then to LA to pursue his passions for acting and music. He lived, ate and breathed music, film and art creation. For Harry, art should not be constrained to what it has been previously, just as human existence should be free to evolve. His songs are Trojan Horses packed with such revolutionary ideals. Although Harry isn’t here to speak for his creations, they speak for him, offering up the view he had for a limitless and more modernized world.

As Harry once said, “ANTIBOY represents the idea that most things that we are taught to believe in are an illusion. The idea of gender, sexuality and race are social constructs. ANTIBOY is this place of true equality. The surface doesn’t really matter anymore. It’s really who we are…that’s what matters – the amalgamation of our memories and experiences. We are one human consciousness.”