Natalie Shaheen, upcoming premier of Godzilla: King of the Monsters 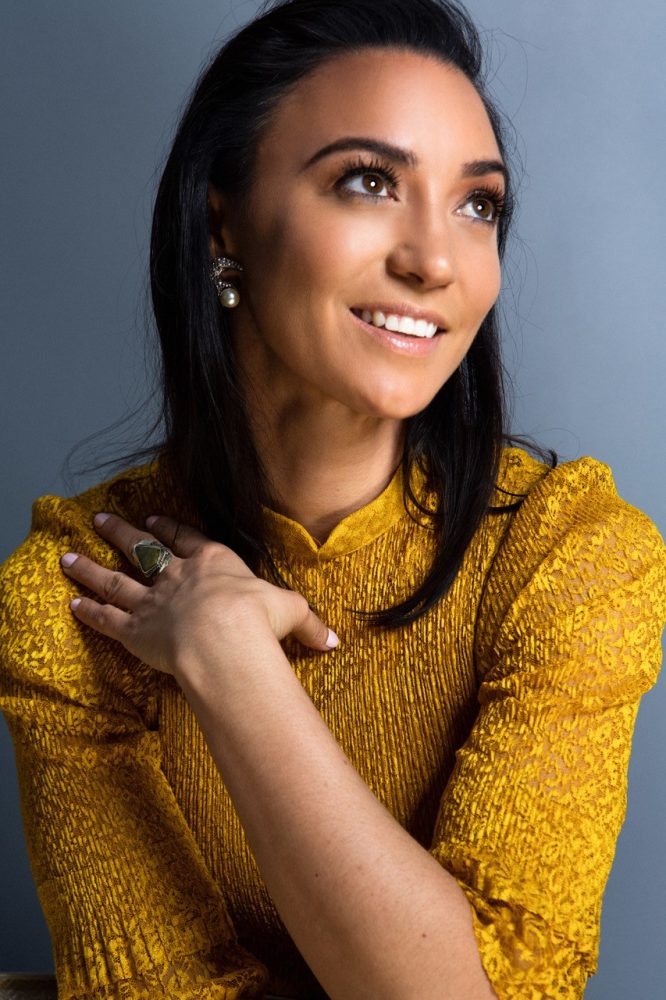 Inspired from a young age to pursue an acting career, Natalie Shaheen is embracing the new opportunities that seem to be coming her way. From her earlier appearances in Magic Mike XXL and Triple 9, fans can now be excited to see her appear in larger roles going forward. With her upcoming action film, Godzilla: King of the Monsters set to be released in May, Natalie Shaheen is looking to branch out and show her true colors for the world to see. Bello was lucky to get to know Natalie a bit more on how Millie Bobby Brown was on set, how it was to be immersed into the Godzilla universe and what the future holds for Natalie! Godzilla is set to hits theatres nationwide on May 31st, 2019.

Q: At what age did you begin acting? Was acting something you always wanted to do?

A: I was in my first play at the age of 2. I’m lucky. My parents are both educators and storytellers, so world-building and play were normal pastimes in our home.  They noted and nurtured my interest and signed me up for all the things; dance class, plays, sports. I am forever grateful to them for giving me the gift of education.

Q: What inspired you to pursue acting?

A: Performance has always been thrilling to me, but I can pinpoint the exact moment I was inspired to pursue acting. At the EMA Awards, James Cameron won for Avatar and gave a compelling speech calling filmmakers to action and reinforcing the importance of storytelling and its impact on humanity. He powerfully put into words the very thoughts that I had been trying to articulate and linked them to art I loved. It was like he was speaking right to me.

Q: What has been the most helpful advice you have been given in your acting career?

A: My soccer coach used to say “if you don’t shoot, you won’t score.” It’s not acting advice, but it should be. Acting is a game of taking risks and if you don’t put yourself out there, you’ll never score.

Q: We are all very excited for the upcoming film Godzilla: King of the Monsters. What can you tell us about your character?

A: Unfortunately, a very lengthy NDA agreement prevents me from revealing much. But, what I can say is, Lt. Bottin is a badass.

Q: Did you know much of the Godzilla franchise before getting involved with this project?

A: I LOVE the Godzilla franchise! I love monsters and action and ever since I can remember I have loved Godzilla. The director, Michael Dougherty, masterfully laced the film with Easter Eggs for the enthusiasts. I felt like a kid in a candy store on set.

Q: How was it working on a film with Bradley Whitford and Millie Bobby Brown? If so, what was the interaction?

A: Millie is a delight. She is every bit as talented and tenderhearted as you would imagine. She likes to laugh and works very hard. She is an impressive woman. I never met Bradley, but I am a fan of his, maybe our characters will collide in the next one.

Q: How did it feel working on a popular, highly-anticipated Hollywood movie?

A: I feel I should say something ultra cool and composed here, but I have to be honest – I geeked out! I had to pinch myself every morning. It was surreal showing up to set and getting to step into the world of Godzilla every day. It felt like a dream.

Q: What was the energy on set?

A: Magnetic. We were on set for many months and days were long, but every day was an adventure and we were all on Team Godzilla. Michael is truly an actor’s director, he gave us all the tools we needed to keep our energy up and the world alive.

Q: What was your favorite memory on set?

A: There were a lot of surreal moments on set that will hold a place in my memory for being the most epic or legendary, but my favorite memories were the pranks. I hate to admit it, but Millie got me with the old “snake in the Pringles can” trick.  I don’t know if it was a long day or if I was really hungry but I have never screamed so loud. The irony of this moment happening while I was decked out in full combat gear is not lost on me.

Q: What do you hope viewers and audience members to get from watching the film?

A: My favorite takeaway from the film is that Godzilla’s purpose is to restore balance. There is always chaos and destruction, but he is working towards a greater good. To me, there is something beautiful in balance coming from a god-sized lizard.

Q: Where do you see yourself in 10 years?

A: Besides fighting monsters? I just directed my first film and have been exploring storytelling from all angles. I hope to keep telling stories I believe in and playing strong women who kick ass!