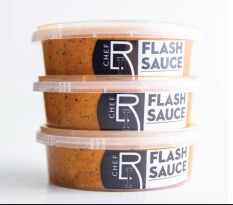 Have you ever wondered who’s behind the transformation and nutrition of Hall of Fame NBA star Dwayne Wade? His name is Richard Ingraham, and he cooks up a mean batch of chicken wings. Richard Ingraham has been Wade’s personal chef for the past 18 years, moving across the country multiple times to stay by his side. Funny enough, Ingraham didn’t even know who Dwayne Wade was when he was offered the opportunity to cook for an NBA player. The young chef went from teaching culinary arts to the homeless to being a full-time chef for then-rookie Dwayne Wade. Cooking for a basketball player isn’t easy, especially one who doesn’t eat vegetables like the young D-Wade. Chef Ingraham had to learn a new approach to cooking, making healthy food fun. 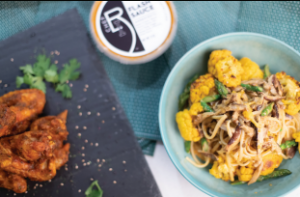 After years of research and experimentation in the Wade household, the key to Ingraham’s success has been recreating peoples’ favorite meals in a way that fuels the body nutritiously. In his book, Eating Well To Win, he shares a guide for readers who want to change their diet to achieve their own peak performance. Ingraham calls this lifestyle “inspired living.” He’s learned a lot about eating well to live well from his work with top-tier athletes. Inspired living is about putting things into your body that will improve what you put out into the world- whether it be performing in basketball, at the office, or at home with the kids. This cookbook is filled with recipes that will keep you and your family at your best, physically and emotionally.

One of Chef Ingraham’s favorite fun recipes to cook for the Wade family is chicken wings. He came to Bello to show us in person how to make wings that are both bursting with flavor and good for the body. His secret is Flash Sauce. In 2011, Ingraham was experimenting to find a new flavor of wings for Dwayne Wade and he came up with a savory flavor sauce that has become a Wade family and crowd favorite. Flash Sauce is an explosion of flavor made from Thai curry paste, fresh ginger, and ponzu and bears the same nickname as the explosive basketball abilities of D-Wade. Chef Ingraham tossed the wings in Flash Sauce and presented us with an unforgettable feast of chicken wings. We can’t wait to try this sauce on steaks, seafood, and other yummy dishes! For more delicious ideas and creations, check out Eating Well To Win by Richard Ingraham.