ON: September 24, 2021 BY: Alexandra Bonnet OBSESSIONS 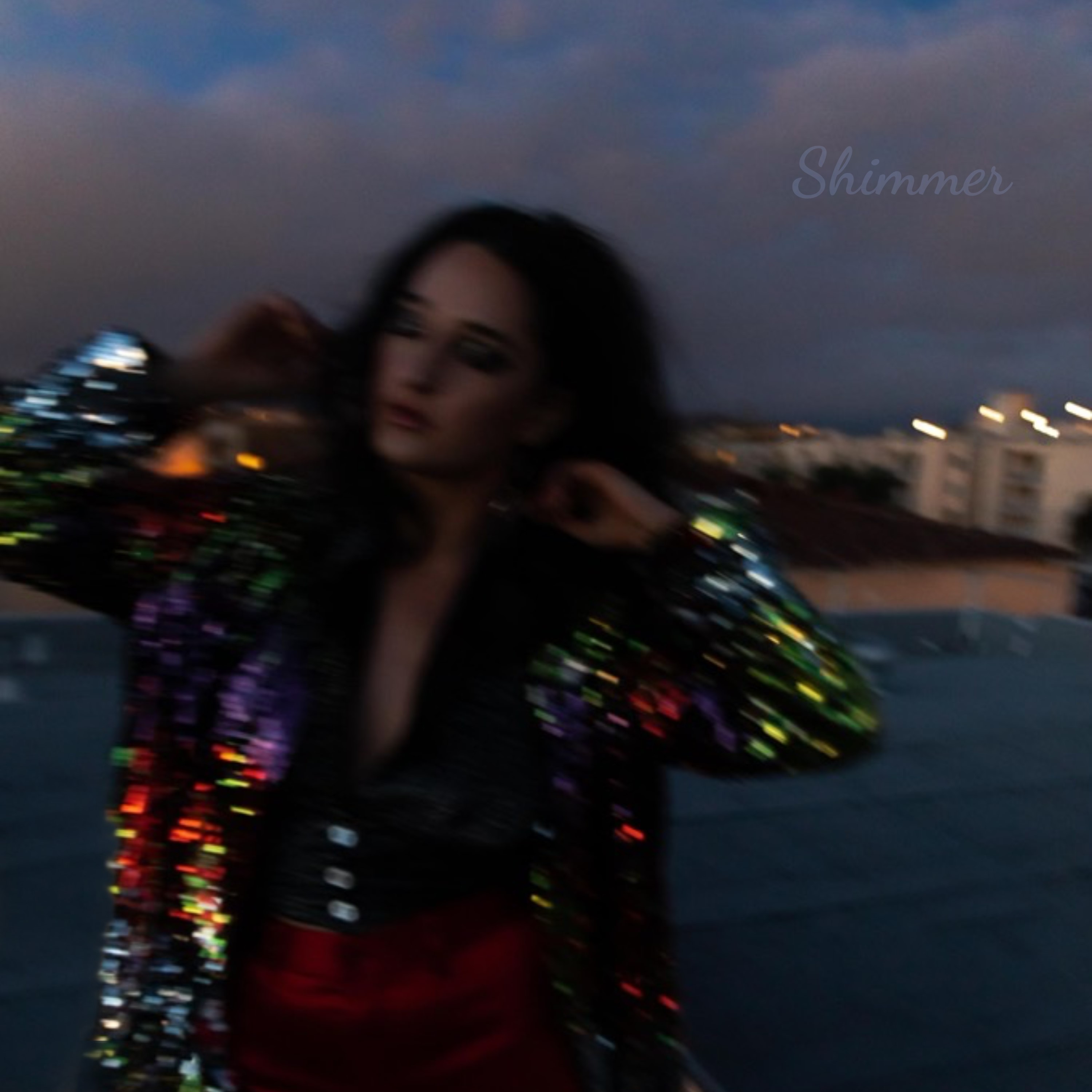 Maeve Steele recently released, “Shimmer,” along with its music video! In case you missed it, stop whatever you are doing and make your way to this LINK NOW! Keep reading on and get to know the talented and beautiful artist a little more…

Tell us about your new single and music video for “Shimmer.”

I wrote Shimmer during a new stage of life when i was looking for inspiration and excitement, in both my writing and the world around me. To me, this song is about learning how to look at the world around you differently and finding happiness in that. I wanted the music video to capture a fantasy, and play with the boredom I was feeling as well as the bliss of just dancing and being surrounded by people you love. 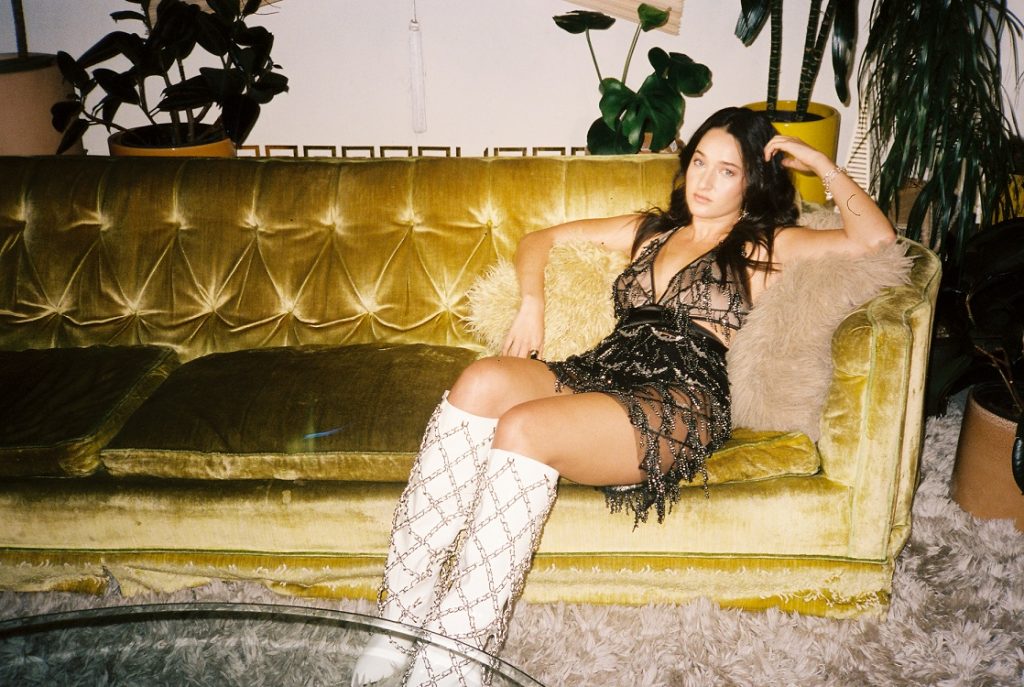 What is your songwriting process?

I almost always write the first rough draft of a song alone. It usually starts with a line or a word that grabs me for some reason, and then it’s a matter of trying to pull the pieces together into a song. I often look back through the notes on my phone, which is an ever-growing jumble of words and ideas, and try to weave together a cohesive song. It really does feel like it’s different every time.

If you could collaborate with any artist who would it be?

I think it would have to be James Blake. He draws on so many genres and sounds but somehow manages to make songs that are so haunting and poignant and unique. I fully cried the first time I heard “Into the Red.”

What excites you most about fashion?

I love that fashion is the opportunity for people to present who they are or how they’re feeling to the world. It’s cool to feel truly yourself from the inside out.

What’s next for you?

I really just want to keep growing as a songwriter and musician, and hopefully put out more music that people resonate with. And eventually play some shows! 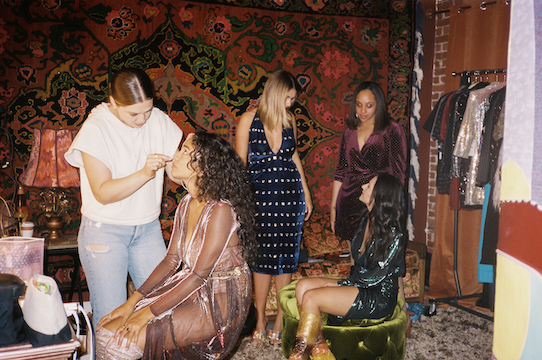 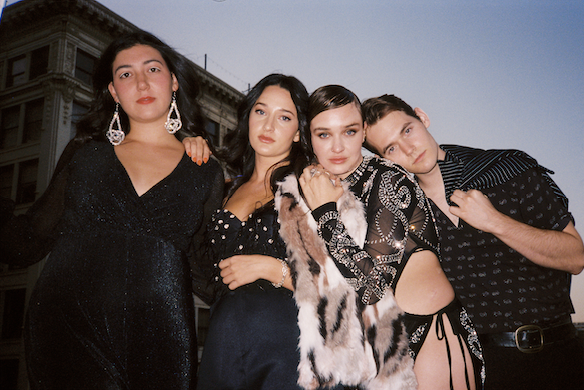 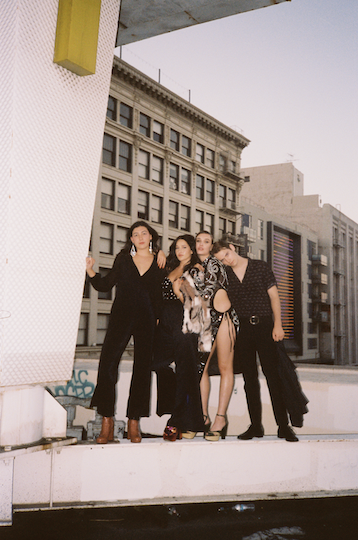 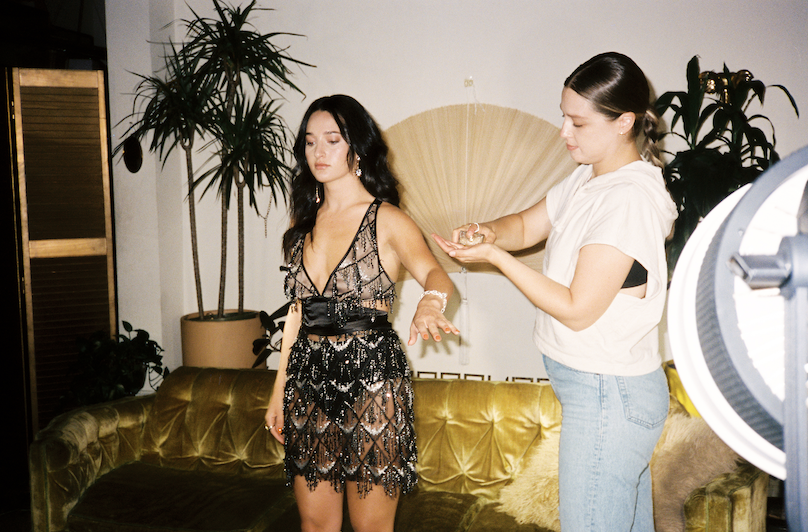 Maeve Steele has released her new single and music video for “Shimmer,” a dance floor ready, synth-pop gem delivered with the plainspoken poetry and intuitive empathy of a natural born storyteller. Inspired in part by Joan Didion, who once said that her writing came out of “images that shimmer around the edges,” Steele wrote and rewrote the track over and over as she played with light and energy to craft a romantic, impressionist vision that landed somewhere between reality and fantasy. Recorded with multi-platinum producer/mixer/engineer Brian Malouf (Michael Jackson, Madonna), Steele’ssongs are bittersweet meditations on growth, change, and self-discovery, profound works of introspection wrapped in effervescent pop packaging that belies their true emotional depth. She draws on everything from roots music to disco in her writing, and the juxtaposition of such wildly disparate sonic influences only serves to heighten the boundless sense of freedom and curiosity at play in her lyrics.