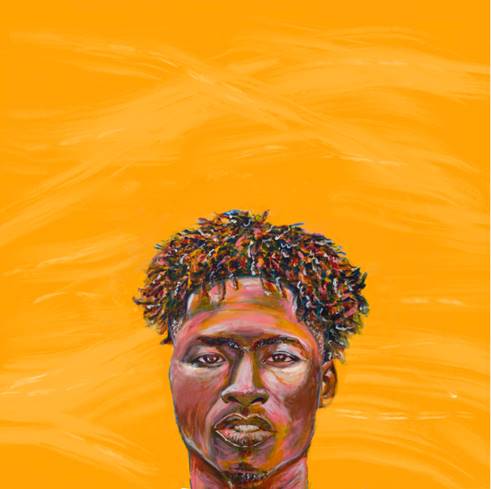 The original, critically-acclaimed album, which received a Grammy-Award nomination last year for Best R&B Album will have new tracks including “Shoulda” ft. Babyface  as well as a “Roll Some Mo” reggae remix ft. Chronixx and MediSun. Both tracks are produced by frequent collaborator and Grammy-Award winning producer D’Mile. It will also include an extended version of “Ready To Love” and “Misunderstood (Live In New Orleans)” and previously released tracks “Buying Time,” “Little More Time” ft. Victoria Monet, and “Fade Away” from The Photograph film.

The artwork for Painted (Deluxe Edition) is designed by Chris Jordan.

2019 was a breakout year for the R&B crooner with four Grammy-Award nominations across all of the R&B categories, a nomination for Best New Artist at the NAACP Image Awards as well as sold out tours across the country and over 200 million streams and video views. Lucky also delivered incredible performances at the NPR Tiny Desk twice and at the 2019 BET Awards. Most recently Lucky was featured on Kehlani and Kiana Lede’s albums.

Last year, Lucky Daye established himself as a force to be reckoned with in R&B and this year is looking to be no different.

Early on in life, Lucky Daye discovered his love of music and natural gift for singing and songwriting in the musical melting pot that is New Orleans, where he was born. The devastation of Hurricane Katrina displaced his family and they ended up moving to the small town of Tyler, TX. Ultimately Lucky knew he wanted to pursue music so he moved to Atlanta for a brief stint and eventually ventured to Los Angeles to pursue his dream. After meeting D’Mile and working with him on what would become his debut album Painted, Lucky fully realized his voice and potential. His undeniable talent as a vocalist took shape and landed at him at his label home, Keep Cool, in partnership with RCA Records. In late 2018, he released the explosive hit “Roll Some Mo”, which has now has nearly 50 million streams worldwide. Lucky went on to release his debut albumPainted in May 2019, which received critical nods from Rolling Stone, Complex, NPR, Essence, Hypebeast, Noisey, Billboard, The FADER and has been streamed over 130 million times worldwide. Most recently he earned his first ever GRAMMY nominations with four in total across all R&B categories with “Roll Some Mo” receiving nods in R&B Song and R&B Performance, “Real Games” in Traditional R&B Performance and Painted nominated in R&B Album. He was also nominated for Best New Artist at the 2019 Soul Train Awards and 51st Annual NAACP Image Awards.

Lucky’s live show continues to gain new fans for the multi-talented singer-songwriter. His recent appearance on NPR‘s Tiny Desk was notable, packing the small stage with a full 10-piece band and extended horn section, yet still allowing his incredible voice to cut through. He also recently joined Raphael Saadiq for his performance at the Tiny Desk Fan Festival. Fans, peers and critics also saw Lucky perform at the 2019 BET Awards on the Music Matters stage where he delivered an electrifying performance of “Roll Some Mo” before he headed to his hometown of New Orleans to play at the 25th Anniversary Essence Festival. Additionally he has played other festivals including Something in The Water, Afropunk Atlanta and Lights On Festival. Lucky wrapped his first North American headlining tour last month and wrapped time on the road with Khalid for his New Zealand and Australia dates at the end of last year.