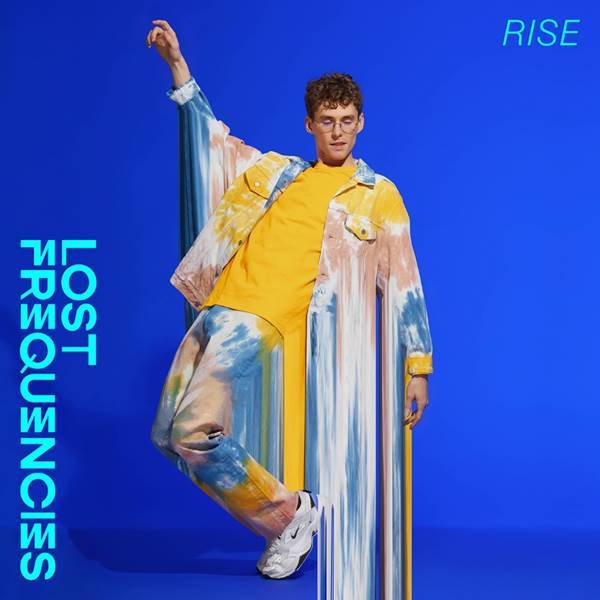 After a monumental 2020 that saw Lost Frequencies release a brand new EP, ‘Cup Of Beats’, as well as his Royal invitation to perform from the rooftop of the Royal Palace in Brussels, a huge feat for any artist after an invitation from His Royal Highness in their home country, he now releases his debut Sony Music Benelux/RCA Records release with “Rise” which is out today. Listen HERE. Leading on from being a multi-billion-streamed artist, with the worldwide phenomenon’s “Are You With Me”, “Like I Love You”, “Reality” and more, well within in their million-triple-figures, one of Belgium’s best exports set his sights on new heights…

Taking on a sound that cultivates itself as a known ‘Lost Frequencies’ track, thanks to echoing guitar strums and a soaring, emotive vocal, yet spun into a 2021 idea with its far-reaching, high-up take, the introductory “It’s been a hard year” topline simmers to permeate the listener with its hook. As the vocal-driven melody eases along before exploding“Gonna make my way right through the clouds / I rise” as a triumphant direction, motioning to the feel-good ethos we need right now, “Rise” is stood in stead to take the reigns for a Lost Frequencies fresh, 2021 introduction.

Lost Frequencies has also stood tall as a solo artist, with his streaming numbers and dot-to-dot of live gigs proving so, such as performances on the Tomorrowland and EXIT Festival mainstages as he was honoured the “most booked festival artist of 2019”, beating the likes of The 1975, as well a slew of sell out headline tours, proving his dexterity between both his DJ sets and working in tandem with his ‘Lost Frequencies Live’ performances including a full live band that have spanned The USA, Europe and beyond. Also remixing names including LSD (Labyrinth, Sia, Diplo), Miley Cyrus, Ellie Goulding and many more, from weathering the storm, to becoming the lightning.