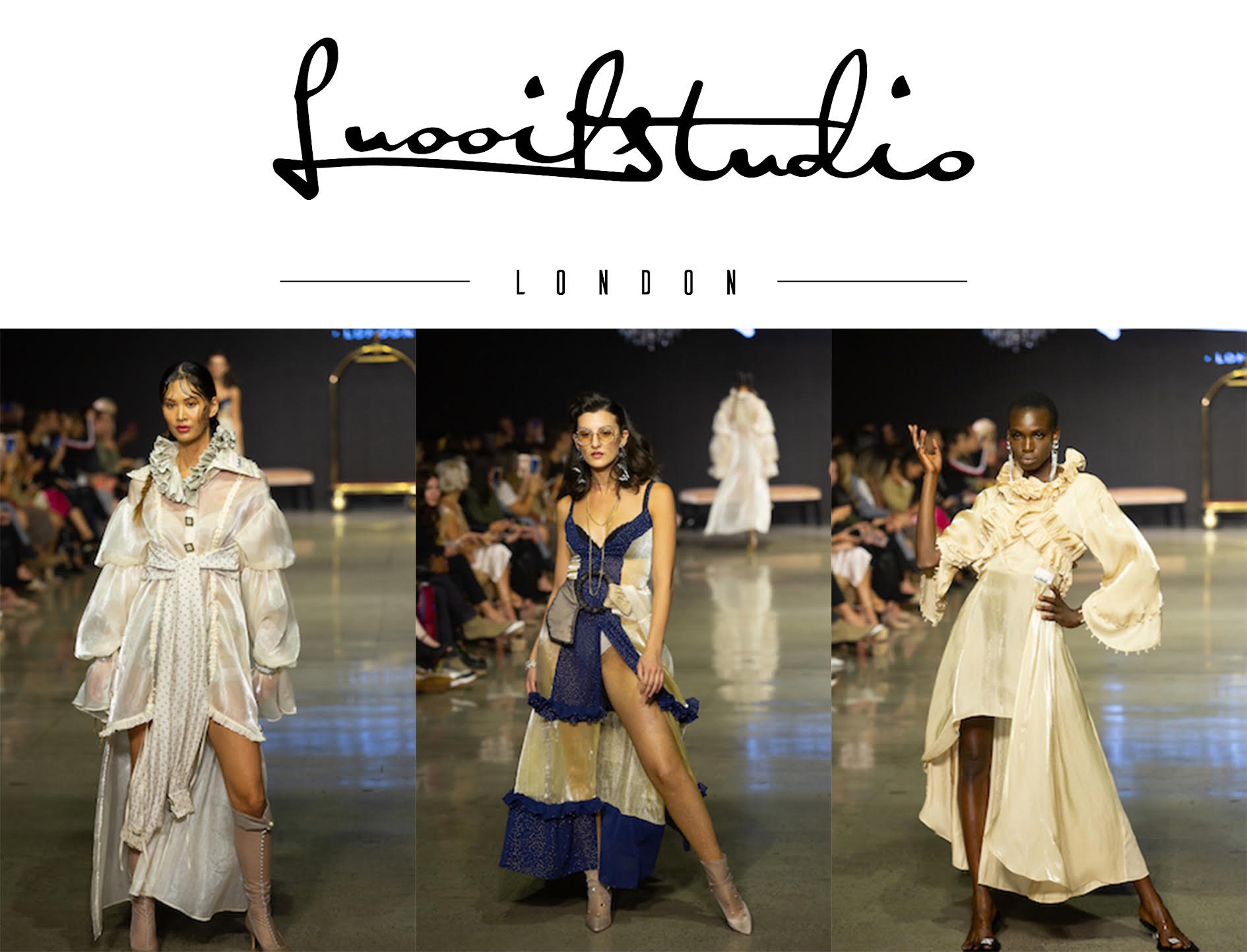 Luooif Studio designer, Lena Loffurzzi made her LAFW debut Friday night at the Petersen Automotive Museum where she revealed her highly anticipated Spring/Summer 2020 Collection to a packed event made up of LA’s leading fashionistas, stylists and influencers including Actress Lilimar @iamlilimar, Arika Sato @arika and more.

Approaching her designs from a story-telling perspective, Lena’s S/S 2020 Collection titled “Second Face” is a continuation of past collections. This season’s collection delves into Lena’s memory and soul and introduces the audience to the power of mystery and imagination. Lena describes this new collection as a bridge between reality and fantasy, very much like Harry Potter’s Platform 9 ¾. Nowadays, too much time is spent “living” instead of “being” and so many have become imprisoned by the shackles of “busy” and buried by dust of “rush”. “My new collection is about using imagination as a way to relish and live in the moment.” says Lena.

Luooif Studio’s S/S 2020 collection of dresses and separates are created to take women on a journey of ethereal luxury as told through the Japanese textiles, eco-friendly fabrics, mysterious colors, and sexy silhouettes with each collection representing a new chapter to be discovered. From seductive yet elegant pieces that feature lightweight sheers and intricate detailing, Luooif Studio is designed for modern women everywhere.

Luooif Studio was established by One One Six Landmark Luxury Couture Ltd. in April 2016. Shezen, China born designer Lena Loffurrzi graduated from Central Saint Martins and went on to become studio designer at Vivienne Westwood, Alexander McQueen and assistant designer to haute couture brand Barjis Chorm. During this time she was awarded the China-UK