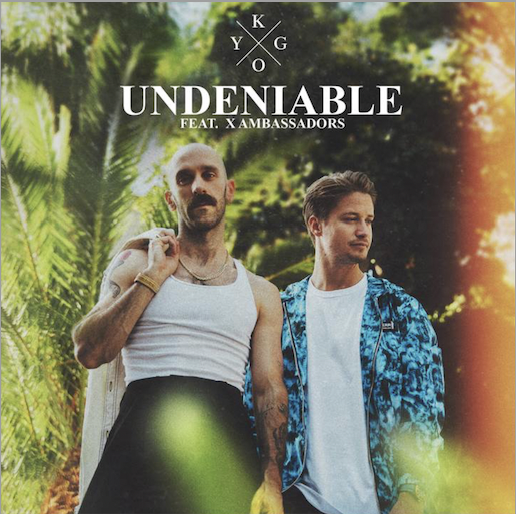 Global superstar, producer and DJ, Kyrre Gørvell-Dahll – a.k.a Kygo released his new song “Undeniable” ft. X Ambassadors last week and we love it! Listen HERE. “Undeniable”, out now via RCA Records is the follow up to Kygo’s most recent release “Love Me Now” ft. Zoe Wees which was released this summer and  “Gone Are The Days” ft. James Gillespie which was released in the Spring.

Kygo says, “Sam and I had so much fun writing this one together in LA then performing it last month at Banc of California Stadium. It’s a special song to us and I hope everyone likes “Undeniable” as much as we do.”

X Ambassadors lead singer/songwriter Sam Nelson Harris says, “I’ve always had an affinity for big-ass love songs but don’t often end up writing them. This one came together so organically and quickly— it was such a treat to write it with Kash, Nick, Whethan and Kyrre. I honestly couldn’t be more excited to sing it at all my friends weddings.”

Kygo recently played a massive sold out show in Los Angeles at the Banc of California Stadium in early September. This followed his triumphant first live show back in front of a crowd, where he sold out the historic Red Rocks amphitheater in June. He recently announced, and then sold out within 10 minutes the biggest stadium in Oslo (Ullevaal Stadium) for a show scheduled for July 2nd, 2022. He continues his ongoing residency at The Wynn in Las Vegas. Additionally, through his lifestyle brand Palm Tree Crew, he recently threw his one-of-a-kind intimate festival experience, Palm Tree Music Festival at the Francis S. Gabreski Airport in Westhampton, NY. The single-day event captured the feeling of summer in paradise and featured performances by Kygo himself, Zedd, Gryffin (DJ Set), Frank Walker and Forester.

2020 was a massive year for Kygo. He released a remix of Donna Summer’s Grammy Award winning, platinum, #1 song “Hot Stuff” as well as a remix of Tina Turner’s “What’s Love Got To Do With It” to rave reviews. He also released his critically acclaimed third full-length album Golden Hour which features his hit single “Lose Somebody” with OneRepublic as well as “Higher Love” with Whitney Houston, the latter of which has garnered over 1.1 billion streams worldwide and charted at Top 40 radio. Earlier this year Kygo performed a breathtaking set which was livestreamed on Moment House. Filmed on a snow-capped mountain top in the Sunnmore Alps in his home country of Norway, the one-of-a-kind virtual experience allowed audiences around the world to watch the global superstar deliver a career-spanning set amidst a breathtaking environment unlike anywhere they’ve seen him perform before. 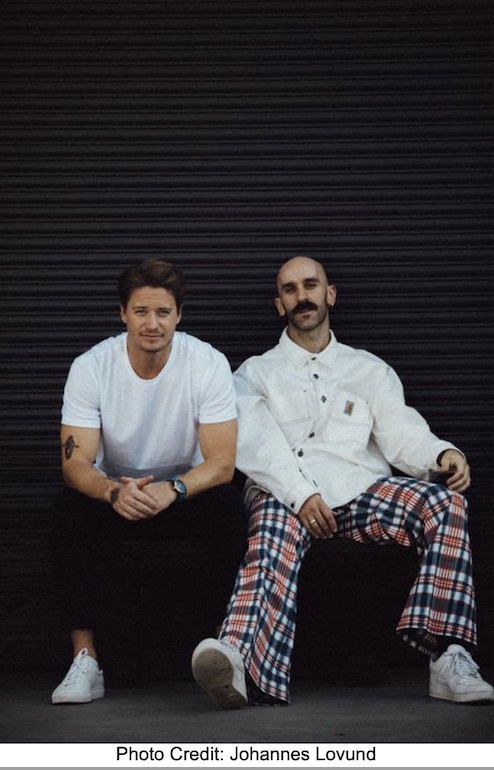 Whether behind the piano in his studio or headlining a sold-out festival, Kygo quietly reaffirms his status as a prodigious talent, forward-thinking producer, dynamic DJ, and influential global superstar. The Norwegian musician born Kyrre Gørvell-Dahll first introduced himself in 2013 and quietly became one of the most ubiquitous hitmakers in the world. Amassing 15 billion cumulative global audio and video streams by 2021, he has broken numerous streaming records. Kygo earned one of his biggest hits with the multiplatinum “It Ain’t Me” [feat. Selena Gomez], going Top 10 of the Billboard Hot 100 and clocking over 2.5 billion streams worldwide. In 2019, Kygo unleashed “Higher Love” with Whitney Houston and generated another 1.1 billion combined streams/views worldwide and peaked at #1 on Dance Radio in addition to leaving his imprint on a classic. He heralded his 2020 critically acclaimed third full-length album Golden Hour [Sony Music International/Ultra Records/RCA Records] with the anthems “Like It Is” [with Zara Larsson & Tyga], “Lose Somebody” [with OneRepublic] and “I’ll Wait” [with Sasha Sloan]. The album has garnered over 1.7 billion streams worldwide. Following Golden Hour, Kygo most recently released his remix of Tina Turner’s “What’s Love Got To Do With It” and Donna Summer’s “Hot Stuff” to rave reviews.

X Ambassadors made their full-length debut with VHS, a 2015 release that saw the band transition from Ithaca alt-rockers and Brooklyn-indie-scene outsiders to Billboard stalwarts. Now certified platinum, VHS provided an intimate look at Sam Nelson Harris and his brother Casey Harris’s youth, delivering the genre-defying hits “Unsteady” and “Renegades” and leading to a three-year global touring odyssey as well as a string of high-profile festival performances. VHS was followed by X Ambassadors’ 2019 sophomore album ORION, which they supported with an extensive headline tour of the U.S.  New songs “Adrenaline,” “Okay” and “My Own Monster,” from their recently  released third studio album The Beautiful Liar, mark the start of a compelling new lyrical direction for X Ambassadors and is the first new music from the band since their hyper-creative multi-part project (Eg). A three-song effort released in early 2021, (Eg) found the band collaborating with a series of similarly forward-thinking artists, including Earl St. Clair, Terrell Hines, and Jensen McRae. The (Eg) project was a natural progression for the highly collaborative band, whose output includes producing and writing for global superstars like Rihanna and working extensively with Lizzo on her massively successful 2019 album Cuz I Love You (including co-writing and producing tracks like “Jerome,” winner of Best Traditional R&B Performance at the 62nd Annual GRAMMY® Awards).