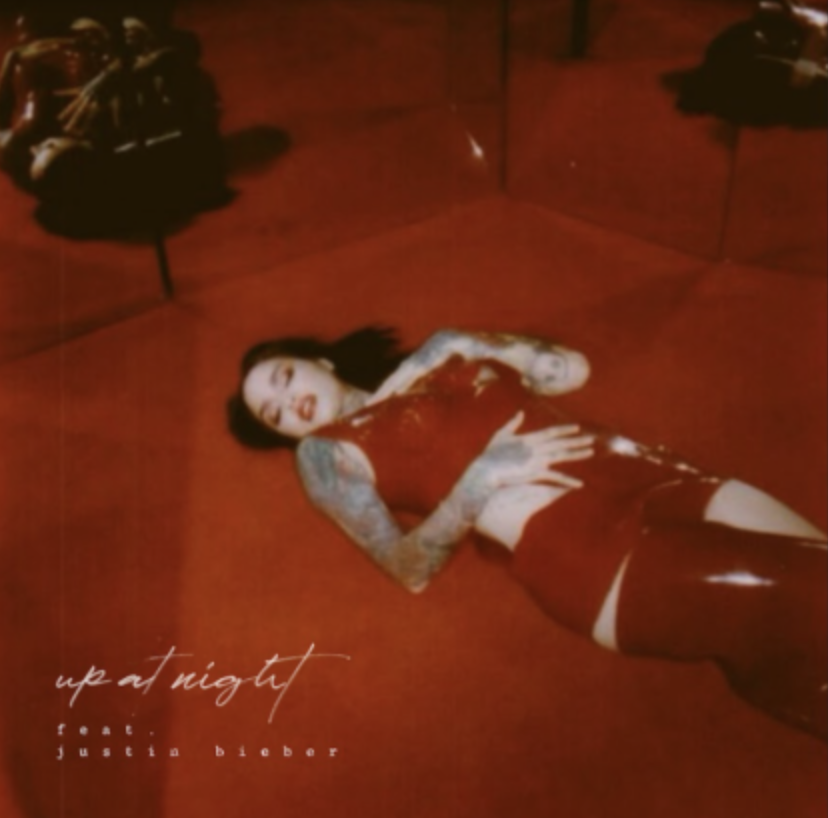 “up at night” alchemizes a head-nodding throwback beat, sultry verses, and an ecstatic hook punctuated by Kehlani’s effervescent and entrancing delivery. Longtime friend Justin Bieber pulls up with a show-stopping cameo. This collaboration follows their joint effort on “Get Me” off of Justin’s 2020  album Changes.

Of the track, Kehlani explains, “It’s about having a healthily obsessed relationship. You’re telling someone, ‘I love you so much it keeps me awake at night’. I love what Justin did, and it’s such a fun one to dance to.”

Last month Kehlani released “little story,” off of her forthcoming album. The refreshing track is executive produced by Pop Wansel of production duo Pop & Oak, while also featuring the production stylings of VA-bred producer duo Some Randoms and producer Wes Singerman. Listen to it here! “little story” was also released alongside a cinematic visual that shows the beauty of simplicity–watch it here!

This track arrived on the heels of the release of “altar” the first single off of the album that Kehlani released in September 2021. The pulsing & yearnful single, produced by super-producer Pop Wansel (Nicki Minaj. Rihanna, Ariana Grande, Jessie J), is accompanied by a music video–watch it here! “altar” has amassed over 34 Million streams worldwide with the visual garnering over 4.7 Million views on YouTube to date!

Kehlani’s second full-length album It Was Good Until It Wasn’t has been streamed a jaw-dropping 1 Billion times globally to date. It was released in May 2020 to rave reviews, debuting at #2 on the Billboard Hot 200 chart and #1 on the Billboard Hip-Hop & R&B chart. The album also ended 2020 on over a dozen year-end lists!

Kehlani will open your eyes, open your mind, and open your heart. For as blunt as she may be about life, longing, lust, and love, her music occupies an elevated state above even the best high—yet accessible by simply listening. The Bay Area-born two-time GRAMMY® Award-nominated multiplatinum songstress unlocks this place anytime she picks up a pen or grabs a microphone. Since 2014, her light has only continued to glow brighter. Thus far, she has picked up over twenty gold and platinum RIAA certifications, tallied 5 billion streams, and garnered a pair of GRAMMY® Award nominations in the categories of “Best Urban Contemporary Album” for the gold-certified mixtape You Should Be Here and “Best R&B Performance” for the platinum single “Distraction.” Beyond blockbuster collaborations with Cardi B, Justin Bieber, Post Malone, Kiana Ledé, Teyana Taylor, and Kyle, she has appeared on soundtracks such as Suicide Squad: The Album, The Fate of the Furious: The Album, and more. Along the way, she received the “Rule Breaker Award” from Billboard Women In Music and performed at Voodoo Music + More, Coachella, and beyond. She reached a critical and creative high watermark with her sophomore offering, It Was Good Until It Wasn’t. It not only bowed at #2 on the Billboard Top 200, but it also concluded 2020 on over a dozen year-end lists from Billboard, Esquire, Hypebeast, Nylon, Seventeen, Spin, Stereogum, The Guardian, and many more. Now, she welcomes everyone into the rapture of her third full-length album, blue water road [Atlantic Records], introduced with the singles “altar” and “little story.”