ON: December 1, 2021 BY: Alexandra Bonnet OBSESSIONS

Jeremy Ray Taylor who stars in ABC’s “Big Sky,” is excited to share his journey as an actor and on the show. A big fan of comedy, he continues to explore different projects and has taken this year as an opportunity to truly self-reflect! A bright light in this world, let’s see where the talented actor goes next!

So exciting that you have joined the cast of ABC’s “Big Sky.” Tell us about your character and how you fit into the story for season 2.

“Big Sky” is a TV series on ABC about 2 female detectives in Big Sky, Montana who get caught up in some very dangerous cases. I play Bridger, a kid in a friend group, who also gets dragged into the case by being in the wrong place at the wrong time.

Readers know you best from your roles in projects like the It films and “Are You Afraid of the Dark.” Even this show is pretty creepy at times. Are you longing to de-stress a bit and take on a comedy?

Well, I do love comedy!  And I did get a chance to do something on the lighter side with my role in Rebel Wilson’s Senior Year.  It was great working with her, she’s a comedic genius!  I look forward to doing more on the comedy side down the road.

This past year and a half has been unprecedented. A lot of people have taken the forced down time and strange circumstances to either take on some new things and/or give up some things. Have you taken on anything new or given up on something old during the past year and a half? Anything you haven’t gotten to yet?

Well, over the past year I’ve really just decided to take all the time off for self reflection and repair. I started eating much better and working out a lot. I’ve taken a really big liking to it and I’ve been doing it ever since. Often times eating is our go to for depressing times and yet working out is such a better alternative. 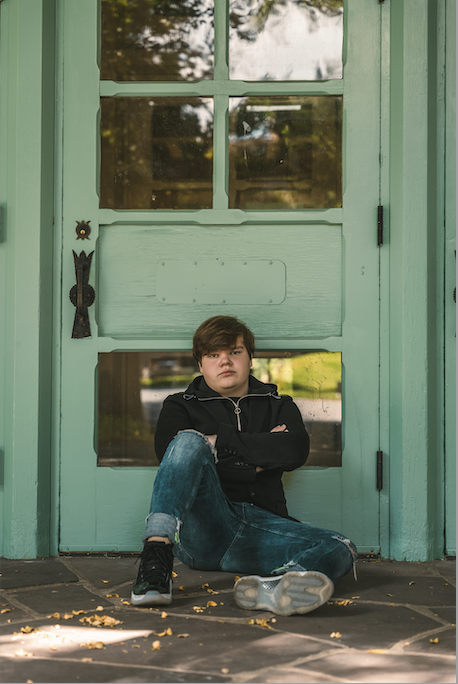 We are coming up on Thanksgiving. What are you most thankful for in life?

These images were shot by your brother. Do you enjoy collaborating with members of your family. Any other family members in the arts?

Yes!!  Benjamin and I really love working together.  We push each other and demand the best.   And yes, we have always been a collaborative family, no matter what we are doing. My mom and dad are both artistic.  My mom has a background in singing and choreography and is currently a talent manager.  My dad is a craftsman.  There are several of us in the entertainment business and we have our own production company, so I guess you could say, it’s definitely a family thing.

My siblings have always played a big part in my life.  I am the youngest of 6, so there has always been a lot going on.  As the youngest, you could say that I was always the jokester.  That being said, my siblings have helped to mold me, push me, and definitely keep me humble!

What is your most memorable set story, either from Big Sky or a past project?

We had so many great experiences both on and off the set of IT and it was my big break.  For instance, I was accidentally punched in the face, completed a couple of my own stunts for the first time, and made lifelong friends.  There are so many great memories all along the way from every single project I have been on.  Currently, on the set of Big Sky, I am making a whole new family.  We hang out together and have lots of fun.  As far as memories, we are all pretty much addicted to Escape Rooms. We’ve taken down the 2 hardest ones in New Mexico and are undefeated. We’re gonna have to branch out to some more states and take on some harder ones!  Who knows, maybe we’ve found a new calling.

Do you believe you found your purpose yet?

That’s incredibly tough, especially since I’m just 18. Finding my purpose is something I try not to stress over because I think it is an ever evolving process.  I believe that life is no accident and there is purpose and meaning in every life.  I try to live life with love and kindness while surrounding myself with good people who are in life where I want to be.

Well, I’m constantly striving to be the best me I can be both mentally and physically.   As far as work goes, I want to direct and act simultaneously in a film.
And I genuinely just want to affect human beings positively and inspire. Take care of yourselves and reach towards your goals. That’s what I’ll be doing!