ON: January 8, 2021 BY: Alexandra Bonnet OBSESSIONS 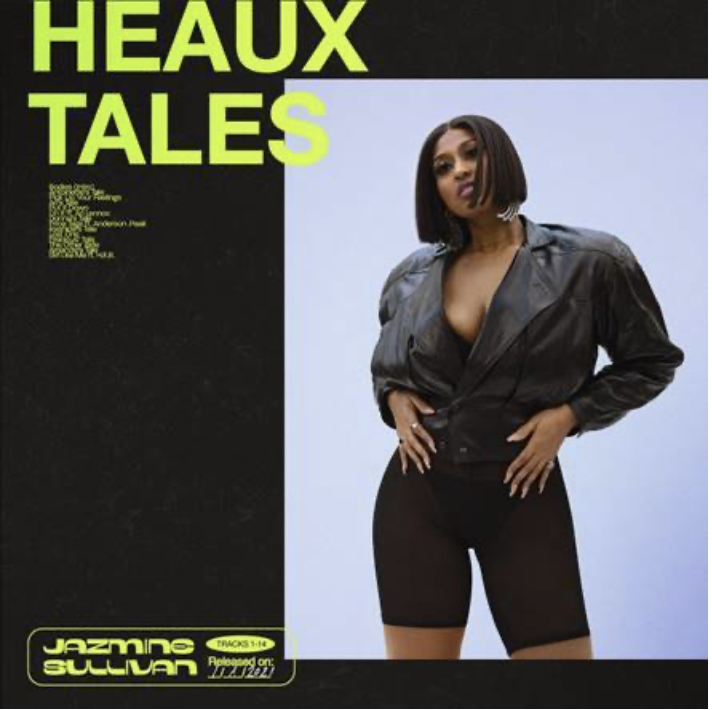 Today, the prayers of R&B music lovers around the world have been answered –Heaux Tales, the new project by the incomparable Jazmine Sullivan is available now via RCA Records. Click hereto listen.

Sparked by lively conversations between Jazmine and her sisterfriends, Heaux Tales is a conceptual project with songs about lust, insecurities, betrayal, regret, empowerment and the desire for love and security (even if just superficial), all delivered with the intimacy, honesty and gospel-drenched, spine-tingling vocals we’ve come to expect from the Philadelphia native.

Previously released songs from the project, “Lost One” and “Pick Up Your Feelings,” heightened the anticipation for today’s release and earned coveted spots on multiple “Best of 2020” lists including NPR, Los Angeles Times, Pitchfork, Noisey, and more.

Jazmine will bring Heaux Tales to life with performances on NPR’s Tiny Desk (Home) Concert (click here at 12pm ET today to be amazed) and The Tonight Show Starring Jimmy Fallon on January 12.

05 Put It Down – [produced by DZL for Glitchwerk Productions]

06 On It feat. Ari Lennox – [produced by Cardiak for Heartfelt Productions & Wu10]

12 The Other Side – [produced by Dilemma, JoeLogic & Gee; additional production by Matt Amadio & Sam Wishkoski]

14 Girl Like Me feat. H.E.R. – [produced by Bongo ByTheWay for ByTheWay Entertainment]

Often cited as one of today’s most dynamic vocalists, Jazmine Sullivan’s 2008-debut album Fearless featured the chart topping hit singles “Need You Bad” and “Bust Your Windows,” and earned the Philadelphia native seven Grammy nominations including Best New Artist. Sullivan released her second album, the critically acclaimed Love Me Back in 2010, of which the Associated Press declared as “something amazing” and consequently garnered her an eighth Grammy nomination for “Holding You Down (Goin’ In Circles).” Sullivan’s 2015 third studio album, Reality Show, which included fan favorites “Let It Burn,” “Forever Don’t Last,” and “Mascara,” debuted at No. 1 on Billboard’s R&B Albums chart, No. 2 on the R&B/Hip-Hop Albums chart, No. 3 on the Digital Albums chart and No. 12 on the Billboard Top 200.  The album also received three Grammy nominations and appeared on numerous “Best of” lists, including NPR Music which proclaimed Jazmine “is blessed with a ninth-wonder-of-the-world voice: She sounds sly, raspy, nimble, battleship-sturdy, gospel-drenched, emotionally devastating.” Sullivan is the recipient of the Billboard Women in Music Rising Star Award (2010) and BET Her Award (2009).