Have You Listened to KYLE’s Latest Song ‘What It Is’?

ON: May 26, 2020 BY: Contributing Writer OBSESSIONS
Entertainment Matt Koger Music 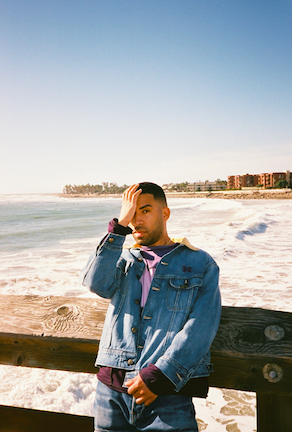 Rapper and actor KYLE, celebrated his birthday in true artist fashion, with the release of his new track, ‘What It Is’ (produced by Mick Schultz).

The Ventura born multi talented artist must have been in great spirits, because not only were fans given a new song, but also a brand new visual directed by Jakob Owens as well.

“So where do I start… I initially was going to wait until after the pandemic to release any of the songs I made for this album. I made this album to be enjoyed outside in the sun in the company of friends, but it seems we may not be outside for some time, and you (my fans) need this music now more than ever. I was so afraid of COVID-19 keeping me from having smash hit songs that I was gonna push it ‘till next year. I feel this enormous pressure to deliver chart-topping songs every time and somewhere down the line I’ve convinced myself it’s what you (my fans) want from me too, but that was never my mission in the first place. I came to Earth to make feel-good music to make you happy when times are tough. Well times are pretty tough, and people need some sunshine. I’m putting the cape back on…you’re not alone. I’m with you.”

KYLE’s newest track ‘What It Is’, follows the release of his song, ‘YES!’ (featuring Rich the Kid and K. Camp), which has well over 18 million streams worldwide, and managed to attract the attention of the New York Times, praising his ability to captivate listeners with his wonderful sound and presence—as well his 2018 RIAA certified-gold debut album, Light of Mine.

Watch the video to KYLE’s newly released song, ‘What It Is’, out now.