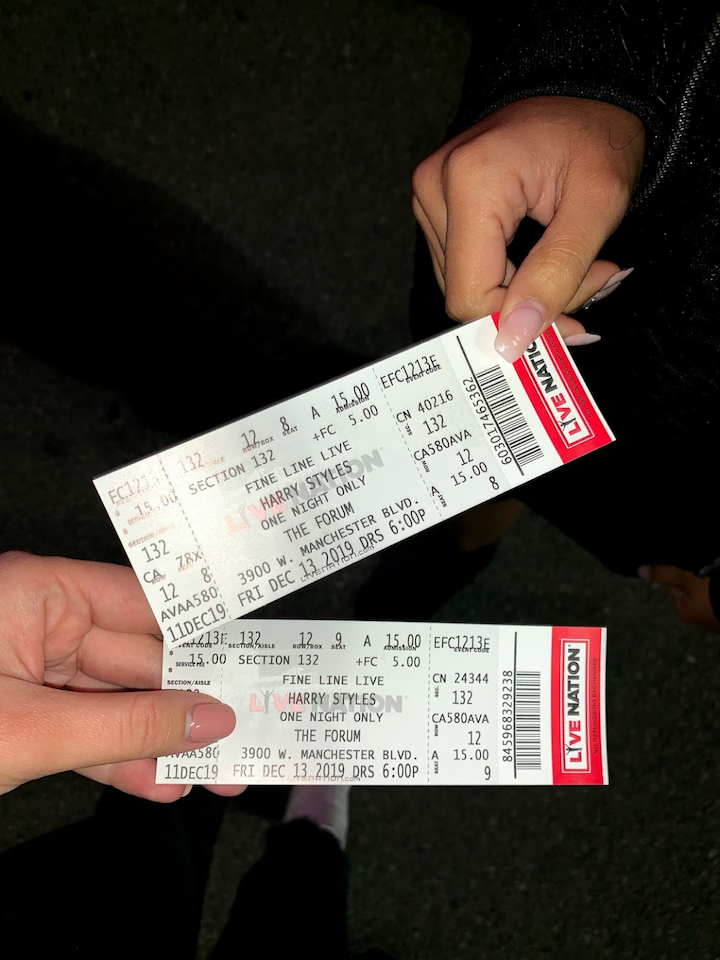 ‘Harry Styles’ was trending on Twitter Friday night, and with good reason. The former One Direction member (while we still hope for a reunion) provided a dazzling debut performance of his sophomore album, Fine Line, to a packed Forum in what could be considered one of the most successful and spectacular album release parties. The evening included everything from fake snow confetti, a rendition of fan favorite “What Makes You Beautiful”, and special guest Stevie Nicks. 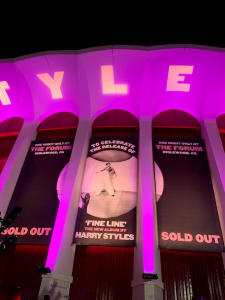 The outside of the venue included posters surrounding the vicinity displaying the Fine Line album cover. It was hard to ignore the ONE NIGHT ONLY and SOLD OUT that adorned the posters as well, indicating how special the night was going to be. Fans were greeted by the official merchandise booths, and were able to take photos in front of a green screen to recreate the effects of the album cover art. The Forum is known for providing great photo opportunities around the outside of the building as well, based on the artist performing that night. For this genuine once in a lifetime experience, the song titles of the twelve track album were displayed on the pillars surrounding the venue, with #FineLineLive in pink underneath. Once walking inside, an exclusive “Watermelon Sugar Slushee” was being served in a collectible cup at the bars.

After intermittent chants of “Harry” from the crowd, the evening officially began with the lights dimming and the screams of upwards of 17,000 people. The spotlight turned to Styles at the top of the stage, imitating the album cover in the same pose and same outfit – a magenta button down with suspenders, and the cutest white double breasted pants that you will desperately want to add to your closet. He opened with the first track on the album, 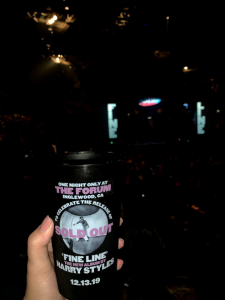 “Golden” before quieting the crowd down to tell them “I’m back”, receiving laughter and cheers in response. Styles informed the packed building that this would probably be the only time they played the album top to bottom, and graciously thanked everyone for being there before performing the next three songs which happen to be the singles of the album: “Watermelon Sugar”, “Adore You”, and “Lights Up”. These singles, having been released between last month and now, resulted in ten minutes of the entire crowd singing along to the lyrics perfectly.

The mood shifted as Styles moved into the more emotional songs, including “Cherry” and “Falling”. He then introduced “To Be So Lonely” as the “brainchild” of the guitarist in his band, Mitch Rowland. Despite the vulnerable lyrics, the song contains the joyous melodies of a guitalele and Styles lightened the mood when asking the crowd if “arrogant son of a bitch” were the lyrics they sang the loudest. This was followed by the sultry ballad “She”, and the two upbeat tunes “Sunflower Vol. 6” and “Canyon Moon”, which Harry dedicated to his friend Jenny who is mentioned in the song. Styles then brought out duo Lucius to perform their vocals that are featured on “Treat People With Kindness”. The album’s closing song is the title of the album, “Fine Line”. Styles thanked the crew and introduced his band, before thanking everyone for coming out. However, the crowd was buzzing and could anticipate that it was not the end. 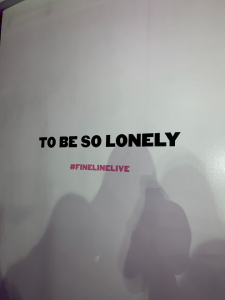 Styles performed a five song encore, starting with the song that launched his solo career, “Sign of the Times” which was followed by a dazzling performance of “Landslide” in which Styles brought out Stevie Nicks of Fleetwood Mac herself. He asked which song the crowd wanted to hear next, and among the screams there was a loud request for fan favorite “Kiwi” from Styles’ debut album to which he replied “We’ll get to that”. He announced he would be performing three more songs, earning even louder cheers. The last three songs ended the show with a bang, starting with a slow rendition of “What Makes You Beautiful” by One Direction, a magical cover of “Wonderful Christmastime” with snow-like confetti, and finally a vibrant final performance of “Kiwi”.

Styles’ “Love on Tour” will kick off in April of 2020 in Birmingham, UK and he will be returning to The Forum in September of 2020. Styles has proven to be a top tier entertainer and is sure to continue to dazzle crowds after performing the album with a running start.