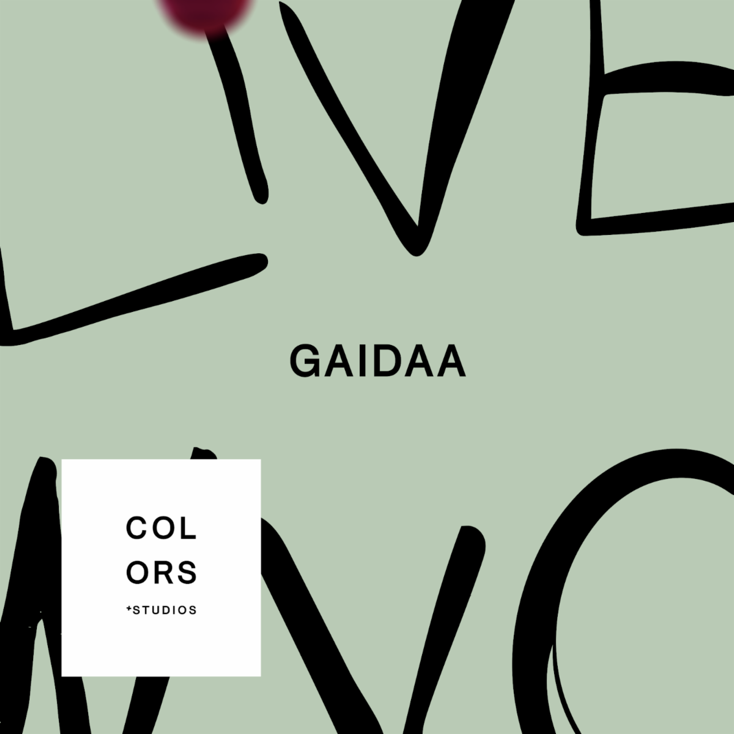 The 3-track EP is taken from COLORS’ inaugural live event in New York and marked Gaidaa’s first ever US performance, when she took the stage alongside Kojey Radical and Dua Saleh.Performing a stripped-back set alongside live guitar, she charmed the audience at the esteemed Brooklyn venue National Sawdust by performing two stripped-back takes on songs from her critically lauded debut EP Overture alongside an ingenious cover of Usher‘s noughties classic “OMG.” The performance, which received the personal seal of approval from the song’s original author will.i.am, perfectly captures the intimate atmosphere of the event and Gaidaa’s unique talent, stunning vocal prowess, and brilliant sense of humor.

Now, to coincide with the one year anniversary of the show, COLORS are celebrating her continued rise by partnering with her once again to release a special recording from the live show.

On the collaboration, Gaidaa shares, “It feels crazy to release a live EP with COLORS. I have so much admiration for the platform so I feel blessed that they continue to support me as an independent artist. This was literally my first ever US show and it wasn’t even actually planned. I was asked to perform the night before, so for things to play out the way they did feels really special. My nerves were definitely at an ultra high, but the crowd was warm and receiving. The biggest shout out ever to COLORS for yet another first of mine.” 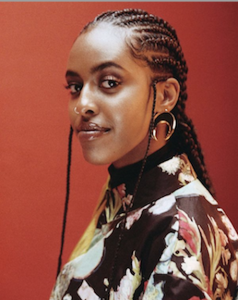 COLORS have supported Gaidaa strongly on their platform from the early stages in her career; in summer 2019, she debuted her very first solo track on a special edition of A COLORS SHOWaddressing injustice in Sudan, performing a powerful rendition of “Morning Blue.” Dressed in a traditional white tobe and gold earrings, an elegant reference to an iconic image from the protest movement against the autocratic government of ousted president Omar Al-Bashir, she shared her creative and personal reflections on the situation, emphasizing how important music and art was to the dynamic cultural energy at the heart of the movement.

As well as the New York live event, she also appeared on the platform’s HOME/BRED livestream in April 2020, during the height of the first COVID-19 lockdown broadcasting from her home in Eindhoven to the channel’s 5 million YouTube subscribers.

Gaidaa is a 21-year-old Dutch-Sudanese artist at the forefront of a new generation accessing soul in its purest form through organic R&B punctuated by acoustic instrumentation and lyrics laced with raw vulnerability. Growing up between Eindhoven and Sudan, a cover of Kehlani shared online caught the attention of renowned Dutch producer and artist Full Crate and together they cooked up “A Storm On A Summer’s Day,” which has amassed over 10 million total streams to date.

Balancing schooling with her recently launched music career, Gaidaa dove headfirst into writing, recording, and touring. In May 2020, she released her captivating debut EP Overture, featuring Saba and Jarreau Vandal, and drawing rave reviews from the likes of Pitchfork, Wonderland, DJ Booth, HYPEBAE, and many more The project showcases the development of a rich sound driven through by her warm, smoky vocals, incorporating influences from neo-soul and classic jazz. On the EP’s lead single, “Falling Higher,” a steady beat simmers as Gaidaa’s voice stretches from laidback verses into a falsetto-driven hook illuminating the scope of her scorching signature style.