ON: September 24, 2019 BY: Alexandra Bonnet OBSESSIONS 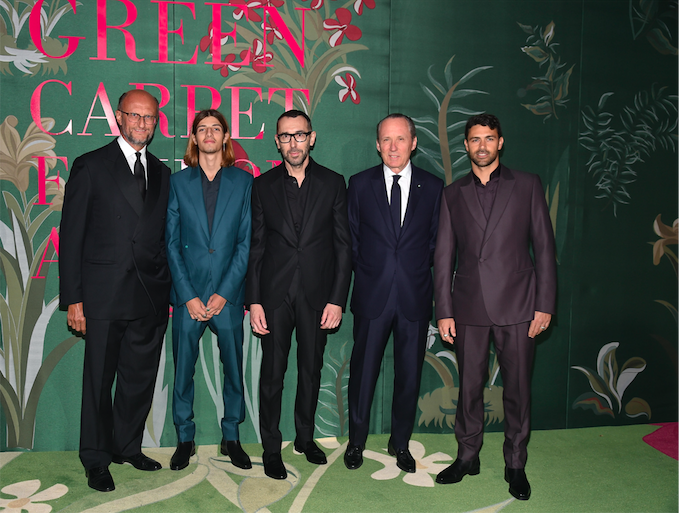 Sunday evening was a humbling and exciting night for Ermenegildo Zegna who received   the CNMI Award in Recognition for Sustainability for its longstanding commitment & contribution toward developing a more sustainable journey within the fashion system. The event took place during the third edition of the Green Carpet Fashion Awards, held at Teatro all Scala and what a magical night it was. The award also recognized Zegna for having introduced its #USETHEEXISTING project under Alessandro Sartori’s artistic direction. 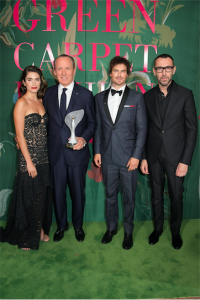 “Since the very beginning, our family business has been driven by a sustainable approach and a long-standing commitment towards the environment and the community. Zegna’s global mission is deeply rooted in the pioneering vision of the founder Ermenegildo, who firstly understood the importance to develop the brand respecting nature and enhancing sustainable projects. With the #USETHEEXISTING project Zegna is today reinforcing its pledge in the sustainable journey which lasts since 1910”, says Ermenegildo Zegna, CEO of Ermenegildo Zegna Group.

“#USETHEEXISTINGis a mindset before being a pro-active project as It represents the idea to work on the upcycle of the whole fashion process. At Zegna we are working on new generations of sources valuing recycling as a new path to not waste any single material of the production chain. It’s a mission and vision that we are fully investing in. This is the principle behind the last collections and the future ones”, affirms Alessandro Sartori, Artistic Director of Ermenegildo Zegna. 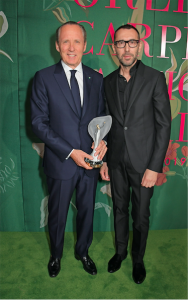 During the ceremony, Ermenegildo Zegna together with Alessandro Sartori were handed the remarkable award by Nikki Reed and Ian Somerhalder.

Who is Ermenegildo Zegna Group?

Ermenegildo Zegna is a leading global luxury menswear brand founded in 1910 in Trivero, Italy, by the young entrepreneur Ermenegildo, whose pioneering vision continues to inspire the company business development in a sustainable way: to use resources for the good of others; to give back to people and to employees; to take care of the territory and communities from which the brand comes. The company is today managed by Ermenegildo Zegna as CEO, grandson of the founder and third generation of the Zegna family. Throughout the years the company has evolved from high quality textile production to the artisan commercialization of sartorial expertise and onto the affirmation of a luxury worldwide lifestyle brand with a retail network covering over 100 countries.