Dempsey Hope x “on my mind” 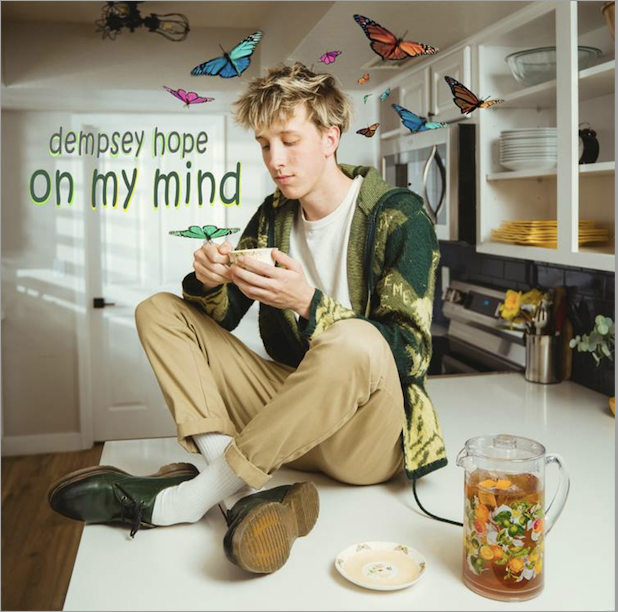 DEMPSEY HOPE RELEASES “on my mind” ALONG WITH THE MUSIC VIDEO

Seattle-based artist on the rise Dempsey Hope releases “on my mind” along with the music video via RCA Records. Watch HERE. The music video is presented by Overcast and directed by Daniel Jordan K.

Dempsey says, ““on my mind” is that feeling when you meet someone special and they are all that is occupying your thoughts. everything that you think about circles back to this special person. it’s a total celebration of being able to fall in love finally after taking your time to find yourself. being able to share this with you guys on my birthday is the greatest gift i could ask for.”

“on my mind” follows Dempsey’s latest track “autumn” which was featured in Billboard’s “10 Cool New Pop Songs To Get You Through The Week” column.

Last fall, Dempsey released the dempsey hope project. The project was a collection of 10 songs that Dempsey had spent months working on and featured “baby blue” ft. Olivia O’Brien (watch the lyric video HERE) as well as fan favorites such as “roller rink” which was featured in Billboard’s “10 Cool New Pop Songs To Get You Through The Week,” “time flies”and “elephant in the room” feat. gnash.

Dempsey Hope has been a singer and performer since an early age. In 2009, Dempsey began recording his YouTube videos, gaining fans by doing covers and creating content with his childhood friend Kateel. He then got started with a local community based recording program in South Seattle, releasing his first original song “Game Time”, and started busking at local festivals and on the streets of Seattle.

In high school, Dempsey focused on sports, and was a member of the Nathan Hale Basketball Team that went undefeated and won the High School National Championship in 2017. He also led his Ultimate Frisbee Team to a Washington State Championship and the national stage. In 2016, Dempsey began to dive back into the world of music, taking a more serious approach to the craft of songwriting and since then has fully dedicated himself to pursuing music. In 2018, Dempsey linked up with Seattle based producer Jake Crocker and they got to work, developing and crafting much of what you hear in Dempsey’s sound today. Together they created tracks like “Commitment Issues”, “3 Years”, “When I Wake Up”, “time flies”, “elephant in the room feat. gnash” and “roller rink.” He has been called “an unbelievable talent” by Lyrical Lemonade and was featured in the Seattle Times. Leaning heavily on a sound that he calls “nostalgic”, Dempsey crafts poignant melodies with Pop and R&B influences that will make you a fan after just one listen.

To Buy/Listen/Watch “on my mind”: