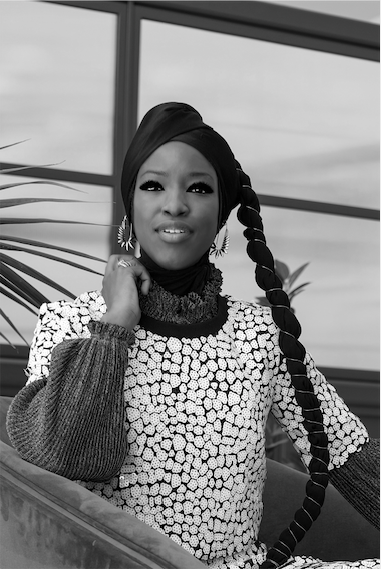 Renewal and reinvention are the two leitmotifs running throughout Elle B. Zhou’s story, the guiding thread that takes us around the world, as she navigates the twists and turns of her life and style.  Elle B. Zhou is also a story of fashion, closely interwoven with her own personal story – for Elle Mambetov, fashion is not just her life’s work and mission, but also a means of self-expression.  The Elle B. Zhou brand’s evolution across the years mirrors its creator’s own progression through life. 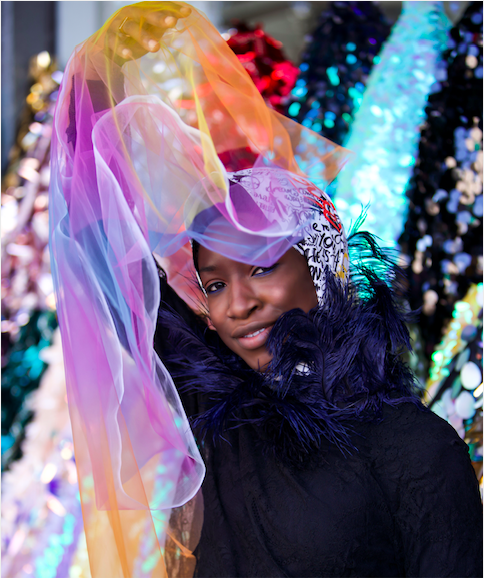 The story of Elle B. Zhou is also a global story taking place in many lands, each of them bringing its own challenges and lessons to Elle Mambetov, its creator.  After finishing college, she went to China, to live in the manufacturing hub of the world.  There, while working as a designer for various fashion brands, she learned about production and how things are made.  The name of her line, where Zhou means “completion” in Chinese, is a tribute to her formative time in China.  Launching her line in London, she got caught into the mad rush of living in one of the world’s biggest cities and the prescribed schedule of London Fashion Weeks.  Pulled between the challenges of being a new fashion brand and the emotional demands of her personal life, she unsuspectedly became the victim of a professional scam artist playing the friendship card, whose abuse of trust and theft of identity unjustly landed her in the UK prison.

Yet again, her story took another unexpected turn as she found herself waiting in prison for 2 years until members of Congress intervened.  Taking stock of her beliefs and the people in her life during that time, she reflected upon the meaning of true friendship as she saw how few people stayed by her side through this ordeal.  Reading and studying what she could find in the prison library and what she could get from outside, she focused inwardly, examining beliefs and spiritual practices against their external manifestations.  She realized that religion is not just something you do once a week, and insurance for the here-after, it’s a lifestyle, and she sought to re-align her religious practices with her deepest beliefs.  Disenchanted with the way her Christian church and minister forsook her in her time of need, and realizing that the religion she grew up with in Kansas was simply not aligned with her inner needs, she sought to find a religion where one’s beliefs were reflected in their daily practice, and people practiced what they preached.  She saw the contrast between the Christians and Jewish people she knew who described themselves as such, but as “non-practicing”, and the Islamic people she knew, whose religion reflected into their outer daily activities:  their prayers, their diet, and their clothing.

Not only her own clothing, but her line were transformed as a result of this significant shift in her life:  from transparent lace dresses that left nothing to the imagination and bathing suits that served as streetwear, her new designs, keeping the body covered, now sought to appeal to the imagination, and inspire joy and creativity with their mix of references and juxtaposition of patterns and layers.  As her line matured, adopting pieces that were more elegant and sophisticated, and her personal style found ways to adopt the new dress (and headwear norms), she found her own voice, and rediscovered the fun, playful, vibrant spirit that is such an integral part of her own personality and brand DNA. 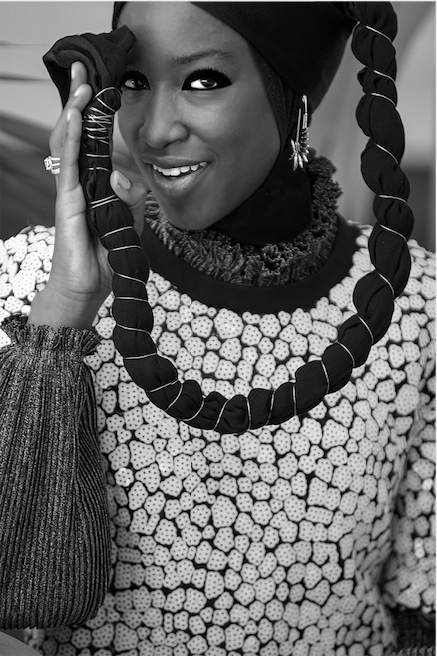 With this collection, Elle Zhou challenges the ideas we have of “modest” fashion, expanding the meaning of ‘fashion’ beyond the tight confines of Western trends and runway dictates.   Her line attempts to transcend the established ideas of ‘fashion’ at a time when the whole institution of fashion is undergoing an identity crisis, partly brought about by the pandemic, but also of its own making, the result of many decades of waste and unethical practices.  With her collection, as she takes her cues from her new religious dress requirements and her own quirky sense of style, Elle Mambetov attempts to  to create something that she hopes will unite all women looking for style, instead of dividing them along cultural and religious lines:  using Western elements (i.e. hat and scarf) to create her own version of the Hijab, she layers pieces of different lengths, mixing romantic pieces with street elements, and combining prints, solids, and textures.  She redefines fashion as self-expression, as she herself finds ways to reinterpret the traditional Muslim pieces, adapting materials and recombining styles, to reflect who she is.

With her line, Elle Mambetov hopes to be an inspiration for women to express who they are,  and to let their style and fashion be dictated by their own beliefs and views on life, not just the externally-imposed rules of fashion or tradition.  In a sense, Elle Mambetov’s religious transition freed her from the externally-imposed religious mandates she grew up with to find a path that was inwardly aligned,  but also from the tight constraints of Western fashion trends, to modest fashion, that is still evolving.  She revisits the “less is more” adage to “less coverage, more stylish” as she bridges the gap between Western and Muslim fashion, and casual and luxury.

Elle B. Zhou’s current collection takes its cues from the Luxury market, made in Italy by some of the same studios producing other well-known luxury brands.  Using silks and other luxurious fabrics that feel good on the skin, she introduces new pop-art-inspired proprietary prints, mixing neutrals and bright pops of color.  Elle Mambetov approaches style as a lifestyle, as reflected in her line that spans many product categories:  from clothing, to trainers, accessories, and homewares.  Her fashion collection is versatile, with day-into-night styles that span from romantic slip-dresses layered with long-sleeve cropped tops with scalloped edging, to silk joggers and shirt-dresses.  Many of her pieces can be incorporated into practically every woman’s wardrobe, regardless of her coverage needs. 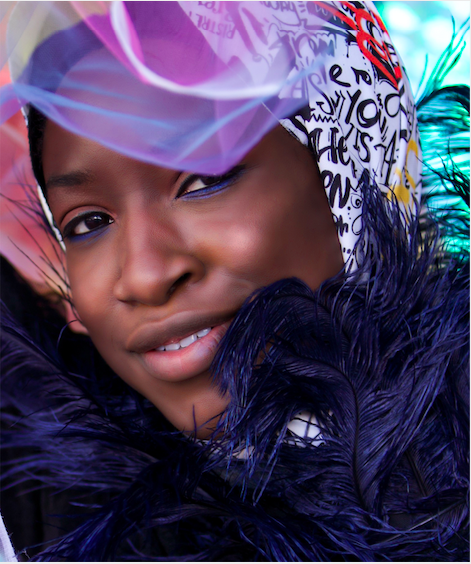 Elle Mambetov intends to become a key player in the rising “modest clothing” fashion segment.  This global Islamic clothing market size is expected to reach $83 billion by 2025.  With Islam the second largest religion in the world after Christianity, and looking at the purchasing power of Islamic women, she hopes to capitalize on the growth potential of this market.  She knows that in many ways, modest fashion is still largely outside the fashion ‘mainstream’, but she intends to change that.

Continuing her process of reinvention and renewal, Elle recently moved to Los Angeles with her Ukrainian husband whom she met in London, now adding some Slavic elements to the global amalgam that defines her life:  Ukrainian dishes, the Mambetov last name, and an adopted family in Ukraine that she can’t wait to spending time with, as soon as she can travel.  She looks forward to opening her new retail space in the Beverly Center that the pandemic closed down just days before her grand opening, introducing a casual collection in her line, and further expanding her distribution through online sales and overseas retailers.

Another goal for Elle Mambetov as she continues her personal healing process from her prison ordeal, is to find ways to contribute to prison reform and to break racial and religious divides that she encounters on her path.  One of the biggest lessons she learned over this past decade is that “regardless of how well you think you have it all planned out, life can bring many unexpected twists and turns,” and that the shortest path between two points is rarely a straight line.  We look forward to following the new twists that Elle Mambetov’s line will undoubtedly take, and can’t wait to see where Elle B. Zhou goes next.