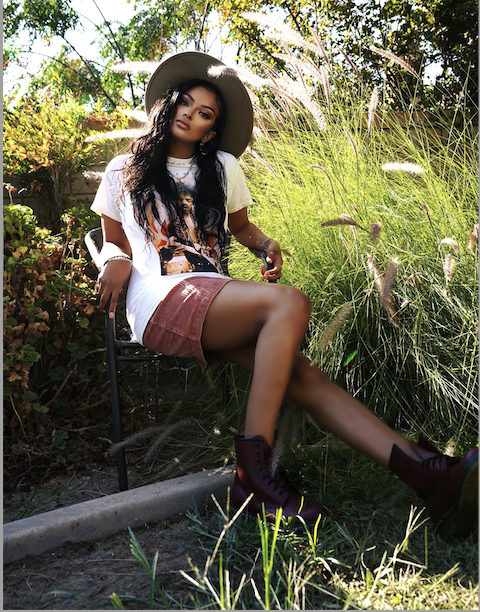 Meet one of R&B’s newest and rising talents, Chrissy. Just a few months ago, the young singer, songwriter, and actress released her debut EP, Taken, and has created quite the buzz! Not only did she release a well crafted EP of 15 soulful tracks, but she also released 10 music videos to accompany the project as well. Check out our interview in which she discusses her process behind the EP and acting on Urbanflix’s newest musical-drama, Howard High.

Your debut EP, Taken, was just released in October, and it’s already generating some major noise! What inspired the album, and how does it feel to see it in fans’ hands and ears finally?

All of the love songs on the album are inspired by my husband. Meanwhile, the breakup or emotional songs were inspired by my past relationships. With regards to my supporters, I feel so privileged that people are enjoying the entire album and let me know their personal favorites.

I can imagine that with the entire coronavirus and all, recording for the album must’ve been quite a challenge — can you talk a little bit about your creative process for when you recorded Taken?

Man, with this pandemic, I was able to take a chance on myself and record a whole album, and that feeling is so amazing. With the help of Samara, T. Black, Chaz, I. Rich & my dad – Chris Stokes we worked hard to deliver a solid body of work that R&B lovers could connect with. I feel like when you have a whole team around you that supports you it’s easy to be creative and dip into the creative space to make music that everyone would like. 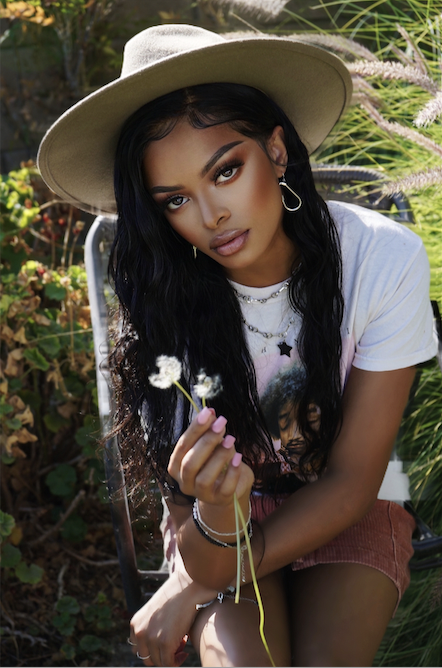 In addition to including 15-tracks on the album, you also released 10 music videos that heavily brought to life the project’s sound and vibe. What was filming like for these songs and how did you come up with the idea to create a sort of visual diary for the album?

The mastermind behind the music videos was my father, and we felt like we should do a visual diary so people can get to know me and see my vibe. With the whole quarantine going on, I’m not able to do performances so the videos will hold the fans over until we’re back to a sense of normal with live performances.

How long have you been writing your music and what usually helps you get in the mood to write a new song?

I originally started writing songs at 17 years old after I experienced my first heartbreak. For my song inspiration, I think about life experiences and write from how I felt about the situation and pour my heart & soul into the lyrics. The best songs are written when the songwriter or artist can get into their feelings.

Did you always want to have a career in entertainment & music? What was it that made you say: “Okay, this is it—this is what I want to do for the rest of my life.”?

Honestly growing up with my father and seeing his work ethic inspired me to want to be a part of the music & entertainment industry. I love the industry from what happens behind the scenes to what beautiful content is produced at the end of it all.  Most importantly, having a career in entertainment gives me a different sense of comfort.

Do you play any instruments? And if not, what instrument would you learn to play if you could?

No, I do not play instruments! I’m not good at multitasking (laughs). If I had the patience to learn an instrument, I would learn the guitar. 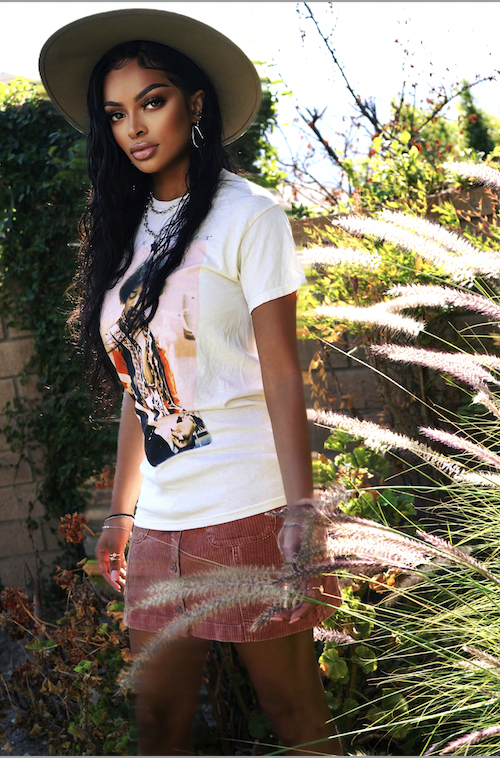 Aside from singing, you are also an extremely talented actress who plays as Nicki in the new UrbanflixTV show, Howard High. What’s it like being on set and is singing on TV any different than recording a new song or album?

Thank you! I feel like it all feels the same, and the reason why I love Howard High is because I’m able to do two things that I love to do which is song and act.

How do you balance both your singing and acting careers?

To be quite honest I don’t even know if I’m even balancing everything properly (laughs).

Even though your debut album JUST released, how eager are you to get back into the studio and make more music? Have you started writing any new material?

Yes, I recently finished started recording my next album a few weeks ago. I cannot wait for everybody to hear what I have in store.

Where do you see yourself in the next 5 to 10 years?

To be honest I have no idea but right now I’m just riding this wave and gonna continue to work hard with pushing both my music and film career.