ON: December 4, 2019 BY: Alexandra Bonnet OBSESSIONS 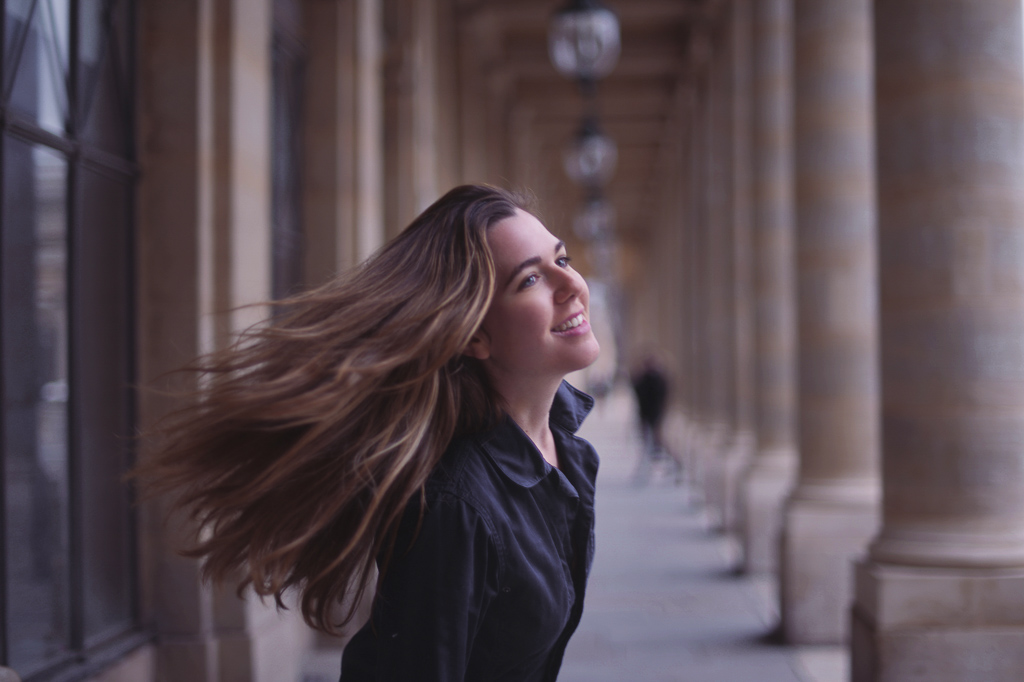 Clemy Clarke is building her reputation as an award winning director and screenwriter from France, at the impressive age of 28. Clemy received a bachelor’s degree in directing from SCAD, as well as attended UCLA’s Extension program for screenwriting. Clarke’s Los Angeles directorial debut featured her six-part short film series, Hollywood. She is currently filming Nudes the Anthology in London, and her first feature film Long Beach is set for production in spring of 2020. She sat down with us to discuss all things film, including her experience coming to LA and the influence of her parents.

Hello Clemy, could you tell me more about your story as a director? When did you decide you wanted to start directing movies?

I’m lucky to have parents who are filmmakers – French documentary film directors (the directors of the series Apocalypse Second World War) – and they contaminated me with their passion for film. When I was a child, they would work on editing their films at home and talked about their projects all the time. Filmmaking was a part of my life, just the way eating or breathing was… To tell you the truth, film felt scary to me at first, because my parents would work on war documentaries, and so the footage they would work on would be quite violent. I would rather have fun painting while they would edit battle scenes in the room next to me at home. But when I became a teenager, I discovered some amazing films that made me want to make movies: Badlands by Terrence Malick, Apocalypse Now by F.F. Coppola, The Lover by Jean-Jacques Annaud, On the Waterfront by Elia Kazan… The intensity, the life within these films were calling me, in a similar way painting felt to me. At 14, I borrowed my mom’s camera and directed my first short film Open your Eyes, in which my dear childhood friend Anouchka Delon (French actress – daughter of Alain Delon) starred in. From then on, I didn’t stop directing!

How were you introduced to the industry? What first got you interested?

I was fortunate to obtain a scholarship to study in the United States at SCAD (Savannah College of Art and Design). At university, my interest for directing was confirmed, especially in such an inspiring and nurturing environment. After my studies, I interned at a production company in Los Angeles. I had the opportunity there to read quite a lot of feature scripts and get introduced to working on film sets. I also worked as an editor, and then pursued the screenwriting program at UCLA extension where I developed my first feature screenplay.

How would you describe the role of a director?

To me, the role of a director starts by being sensitive. It’s so important to “feel”, even if it might seem contradictory with being tough to lead a crew and cast which is essentially like an army. But I believe it’s all about feeling, since our job is to convey emotions in an authentic way on screen. Working with actors is a transfusion of feelings. When you work on a scene with an actor, you need to go, together, to the emotional core of the character. Being a director requires much more of course: great discipline, strength, vision etc. It’s such a challenging and beautiful profession.

As a woman, how is it different to bee working as a director, especially at such a young age? How is it to be a woman producer and director in Hollywood? What are the main differences between the USA and Europe for example?

As a young woman filmmaker, my quality is, I believe, what I mentioned earlier: my sensitivity. Perhaps I haven’t lived enough to know the world, but I have the passion to express how I feel based on my experience of it. These days, I don’t think it’s more difficult to become a director as a woman than if I were a man. I am lucky to say I have always received great support from men. Of course, it depends who you surround yourself with, and my career is just starting but I’m grateful to most of the men in the film industry I’ve worked with in LA and Europe; DOPs, producers, actors etc. They believed me for my work as a director – it didn’t matter if I’m a man or woman. I think it is not so different to work as a filmmaker in the US than in Europe – in the end it’s always going to be the same process, you have an idea, you write it, pitch it and direct it. Filmmaking is a universal sport/art, just like football or dancing! You can make films anywhere, you just need to practice and work hard. Each film is unique – the culture, where it is shot could influence the project but in the end it will be made with a camera and a group of passionate people. Although funding movies in the US is different than in Europe of course.

Being French, why did you choose the United States and then England to shoot your movies and not your country, France?

I’m drawn to write and create stories in places where I can learn new things about myself and the world. I am a citizen of the world!

We acknowledge that you shot a web tv series called “HOLLYWOOD” and depicting the hard life and work of actors, especially during the auditions…have you been through these experiences yourself?

When I moved to LA, my roommates were mostly actors. They were struggling like all young actors. One of my roommates was working more than the others but he was often typecasted because of his Middle Eastern origins. He would always play the bad guy in films. This was the inspiration for the first episode of my series. But my goal was not to just make this series a critic of the industry. I wanted to show the beauty in the passion and talent actors express through the difficult casting process, and sometimes loose themselves in it by going far into playing a character. I have not been through the casting experience since I do not act, however, when I direct, I go through a similar “trial” experience – it’s a creative process where I have to convince others to believe in my project and myself.

You have a new short movie coming out on screens adapted from Chekov’s short story Anyuta, called After Anyuta, could you please tell us more about it?

C.C. Kellogg, producer at Valmora Productions, had seen my Hollywood short film series and asked me to adapt to the screen Anyuta, a story written by Anton Chekhov. She had written the adaptation and wished to produce it in London. We shot it recently and it will be released in the coming months. It’s about a young woman, Anyuta who helps her toxic boyfriend study anatomy on her body, and she cannot resign herself to leave him, even if he doesn’t treat her well. Chekhov wrote the original story a hundred and thirty years ago and it still addresses issues that are very real today. The short film will be a part of a series with six other short films on the theme of nudity inspired by renowned art works by Zweig, Courbet, Michelangelo and more. The series is called Nudes the Anthology and will be released one short film at a time on several online platforms.

As a director, did you feel personally related to the delicate subjects that Anyuta talks about? Why did you decide to go for it?

I relate to it. I have been in relationships in which I was not treated the way I deserved but I could not stop loving that person. I think this issue is so common… And so difficult to deal with. When you have a special connection with a human being, how can you resolve yourself to letting go? In this story, Anyuta and her boyfriend don’t say much to each other. I wanted to show the connection beyond the language, in the touch, in the eyes, in the tears, and the impossibility she feels of letting him go. It’s so easy to say that she is weak, that she should just walk out the door, but I wanted to challenge this by showing those small details that make it so hard. Even for Anyuta’s boyfriend.

What kind of projects do you see yourself involved in the future? Can you mention your upcoming project?

I am pursuing to direct Nudes the Anthology short film series in NYC and London. I am also preparing my first feature film which is set in California with the aim to shoot it in Spring 2020. The film is called Long Beach. It is a coming of age story about a young aspiring female director in Hollywood who falls under the spell of a more experienced film director. I have two other feature projects in development: psychological thriller Rum & Cola – with Anouchka Delon attached to star in. The other feature project in development is a period drama called Paul & Virginia which just won best women’s screenplay at the Big Apple Film Festival. It’s an epic love set in the 18 th century on a magical island. My goal as a director is to create stories that will move people – of any genre and scale – indie low budget films, sci-fi, fantastical, thrillers…. I hope to take people on these many journeys!