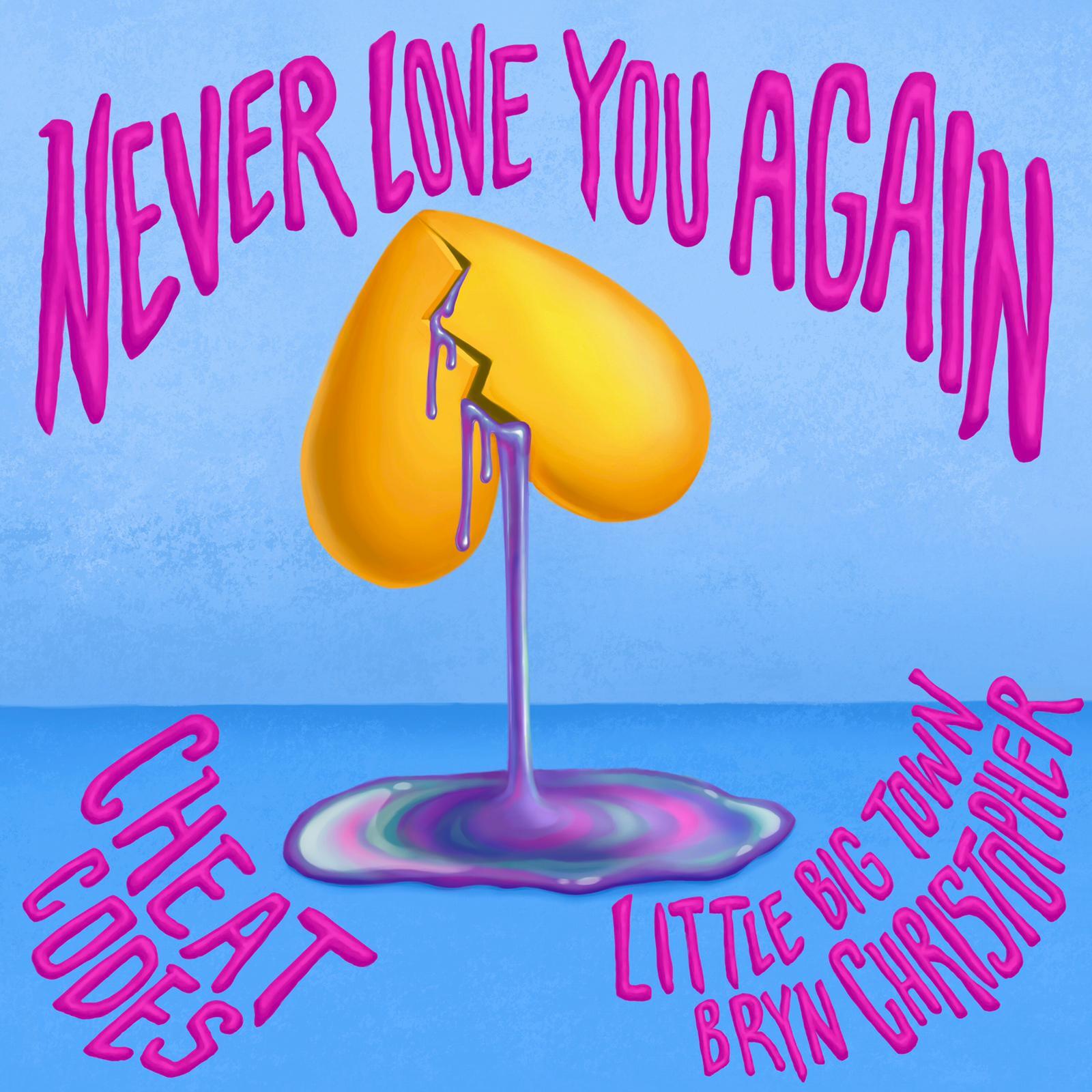 In May, Cheat Codes released the first part of their wildly-anticipated three-part debut album,Hellraisers, Pt. 1. The groundbreaking eleven-track project is highlighted by standout single “Lean On Me (feat. Tinashe)” and sees the multi-platinum group uniting with an eclectic cast of fellow artists for collaborations such as “Between Our Hearts (feat. CXLOE),” “Stay (feat. Bryce Vine),” “Do It All Over (feat. Marc E. Bassy),” “No Chill (feat. Lil Xxel),” and “Hate You + Love You (feat. AJ Mitchell).”

“We’ve been fans of Little Big Town since we started Cheat Codes and to collaborate with the country icons has always been a bucket list goal of ours,” said Cheat Codes. “Close friend and incredible creative Bryn Christopher sent over the beautiful idea he had started with Andrew Jackson and we just ran with it.”

Grammy award-winning group Little Big Town has been gathering hundreds of millions of streams and performing to sold-out crowds around the world for decades. The four-member band has earned more than 45 award show nominations and has taken home nearly 20 awards, including multiple GRAMMY, AMA, People’s Choice, CMA, ACM awards, and an Emmy award. The band’s breakthrough albumsTornado and Pain Killer produced multiple #1 singles, including “Pontoon” and “Day Drinking,” as well as the history-making, best-selling country single of the year (2015) “Girl Crush.” Critically-acclaimed and GRAMMY-nominated “The Daughters” and hit single “Wine, Beer, Whiskey” are the latest from the bands’ self-produced ninth studio album Nightfall which was released at the top of the Billboard Country Charts in January of 2020.

“Collaborating with artists in other genres has been one of our favorite experiences as a band. Recently, we were thrilled to get the chance to record a song with Cheat Codes,” said Jimi Westbrook of Little Big Town. “We couldn’t be any prouder of this song…crank it up and dance!”

British Soul and R&B vocalist Bryn Christopher is known for his impactful voice and songwriting. He has written songs for musicians such as Louis Tomlinson and The Vamps. His debut single, “The Quest,” was featured on the popular medical drama Grey’s Anatomy and his collaboration with British DJ Sigala, “Sweet Lovin’,” reached number 3 on the UK singles chart and has over 500 million streams across platforms. Last year, he released the smash collaboration “No Therapy” with Felix Jaehn, and most recently teamed up with Dillon Francis on “Unconditional.”

“Super excited to collaborate with Cheat Codes and Little Big Town on this song!! It had started out as a pop/dance record so to hear Little Big Town jump on it and turn it into what you hear now, was a dream,” said Bryn Christopher. “I really can’t wait to get to sing it live all together – that will be such a special moment!”

Cheat Codes have always been known to cross into every corner of the genre spectrum with past collaborations showcasing their musical range by working with everyone from Trippie Redd and blackbear to Demi Lovato and Sofia Reyes. One genre they’ve never crossed into but always dreamed of is Country and as huge fans of the genre, Little Big Town is one of their favorite acts. “Never Love You Again” marks a new step for Cheat Codes as they enter the Country space and continue to expand their musical diversity with a powerful song that blends each artists’ distinct strengths to perfection – Cheat Codes’ dance pop production, Little Big Town’s intricate vocal harmonies, and Bryn Christopher’s soulful style.

“We love to cross genres with our music and Never Love You Again gave us a natural opportunity to make it happen,” said Cheat Codes. “We hope this song finds everyone enjoying their summer with friends and family!  We can’t wait to see you all on the road.”