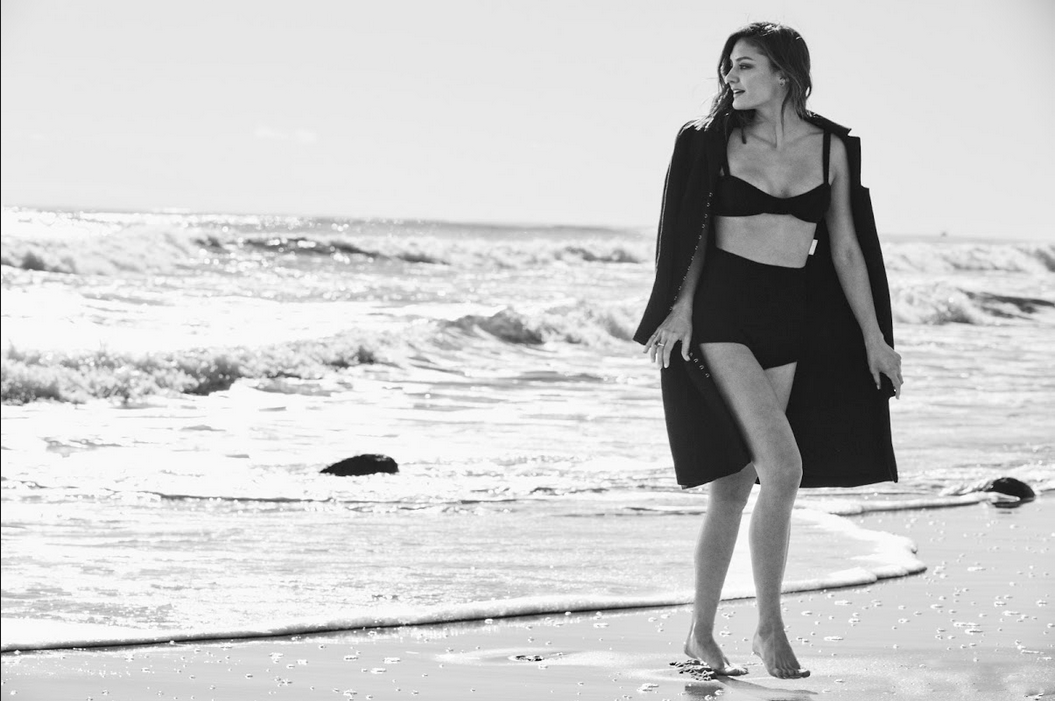 Back on the television screen this fall is one of TV’s most warmest and brightest faces: Christine Evangelista. While she is widely known for her role as Megan Morrison in the E! scripted series The Arrangement, she originally made headlines as Dwight’s ex-wife Sherry on AMC’s The Walking Dead. When we last saw her, Sherry had just escaped from Negun’s compound known as ‘The Sanctuary’, with hopes of reuniting with her (now) ex-husband Dwight. Recently, her character made a shocking return to The Walking Dead universe—although this time in its sister series, Fear the Walking Dead. Check out our interview with Evangelista to find out what Sherry has been up to and what to expect in season 6.

Your character Sherry from AMC’s The Walking Dead has returned to television in its companion series Fear the Walking Dead and is sure to change the dynamics of the show in a HUGE way. How exciting was it to receive the news that Sherry would be making her way back to the series?

Thank you! I am extremely excited to tell you this highly anticipated backstory. With Sherry, comes a deeper connection to both worlds: The Walking Dead and Fear the Walking Dead.

In what ways has Sherry grown since we last saw her on screen? What can fans expect to see from her this season?

I think Sherry is a very different person now. Not necessarily in her core, but she is certainly experiencing hardship that has left her with some serious unresolved trauma and anger. This season will definitely be a real journey for her and her relationship. 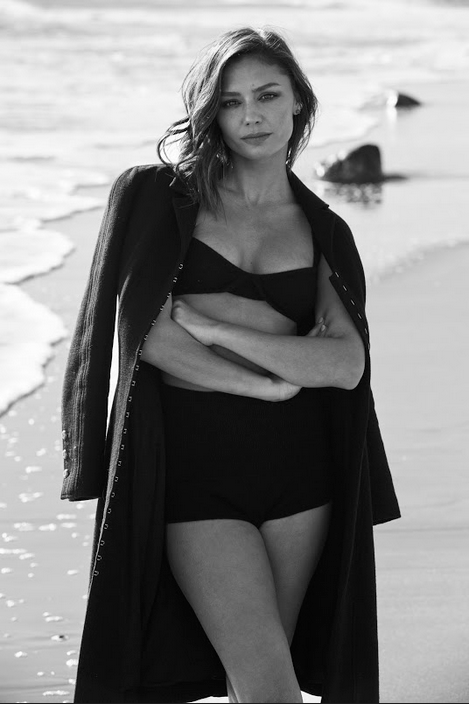 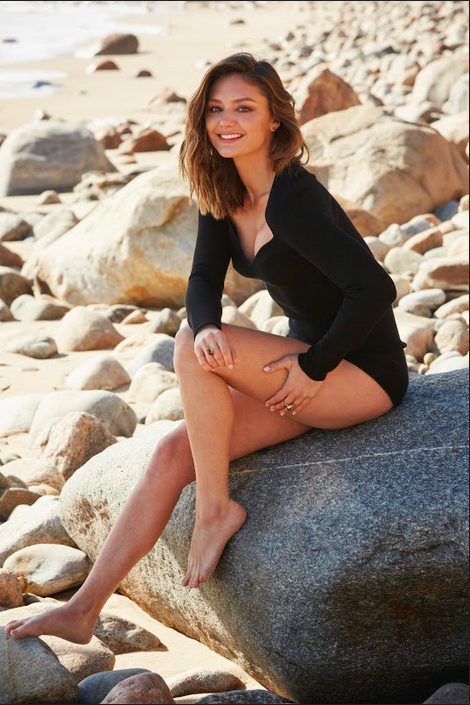 What do you admire most about Sherry?

I think she is a truly good person and she is really fighting to stay good in a hard, dark world. She is driven by morality and love—despite the trauma and inner turmoil she is experiencing now.

The relationship between Sherry and Dwight has become just as iconic as the show itself. How is it acting alongside fellow co-star Austin Amelio and do you think Sherry and Dwight will finally end up staying together?

Austin is a superb actor. He’s also just so kind and cool. He’s just a good dude, you know? I think Sherry and Dwight really love each other and love is a battlefield. Oh wait, that’s Pat Benatar—but you get my point.

Did you always want to be an actress? How did you manage to create such a wonderful and successful career?

I did always want to be an actress. I love people and I love relating and connecting to them. I have no idea how I managed to create a career—I just kept on moving and pushing and learning and picking myself up off the ground. I also have wonderful mentors. I suppose I didn’t give myself any other alternative. This is what I love to do.

Do you have a preference when it comes to the types of characters that you play?

I love playing women that live in dualities like; tough but vulnerable, glamorous yet smart. I love complexities. 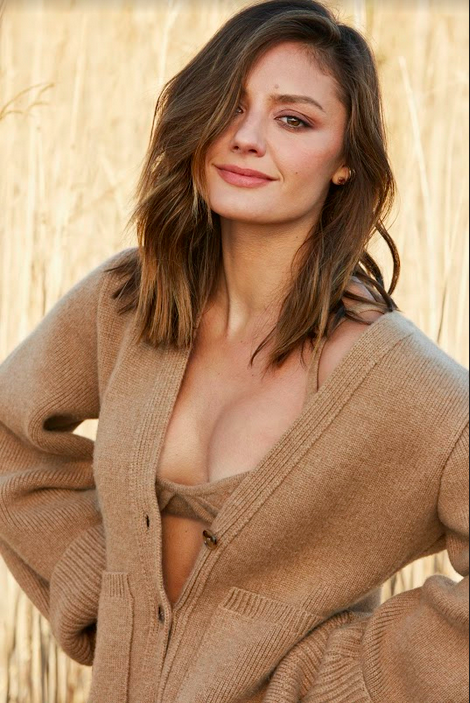 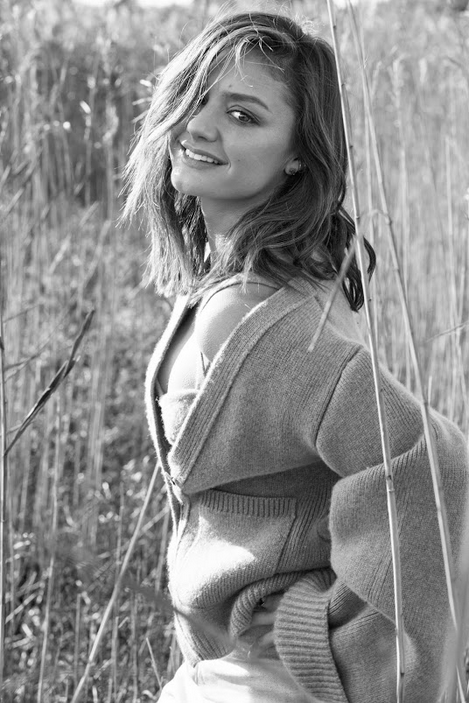 In addition to acting as Sherry on The Walking Dead, you also starred as a regular on the E! scripted series The Arrangement. Was filming for this show any different from The Walking Dead? How do you best prepare to step into your character’s shoes?

I remember when I started The Arrangement, my first day on set was just two days after being on set for The Walking Dead. I couldn’t have been in two more different worlds: the glamorous world of Hollywood with $10,000 couture dresses, and then a post apocalyptic world fighting zombies while covered in blood, sweat and dirt on a motorcycle. It was surreal. At that time, on The Walking Dead, Sherry was living in The Sanctuary under Negan’s rule. I think the one major commonality between both television shows was that I was playing a woman living in an insular environment, fighting/defending herself against an authoritarian antagonist and trying to gain independence.

What was it like to play as Bethany on HBO’s Mrs. Fletcher?

I was working with some really wonderful, true veterans in the industry—which is always inspiring. Tom Perotta, writer and novelist, Josh Hamilton—who originated some of my favorite plays (like, This is Our Youth) and of course, Katherine Haan, who is hysterical.

Can you briefly discuss any new and exciting projects that you are currently working on?

I am developing a podcast, Half Naked, where we talk about vulnerability, intimacy, body-image, and….underwear. The idea came as I was designing a line of lingerie—talking to virtually everyone about their underwear and realized that the intimate articles of clothing we wear are actually a gateway to a much deeper and (often very funny) revealing conversation.

What has acting taught you about yourself and do you have any advice for readers who want to pursue their dreams?

Acting has taught me that I thrive when I am grounded in a spiritual practice. Growing up, I was used to living in a high speed, often chaotic environment. When I slow myself down and work on being present, that’s when I can truly connect to what I am doing.

My advice for anyone is to do that: stay present. Also, work hard and buckle up. Understand it is a journey of ebbs and flows—but that’s what makes life exciting.