Carrie Berk: When life gives you lemons, well, you bake a cupcake! 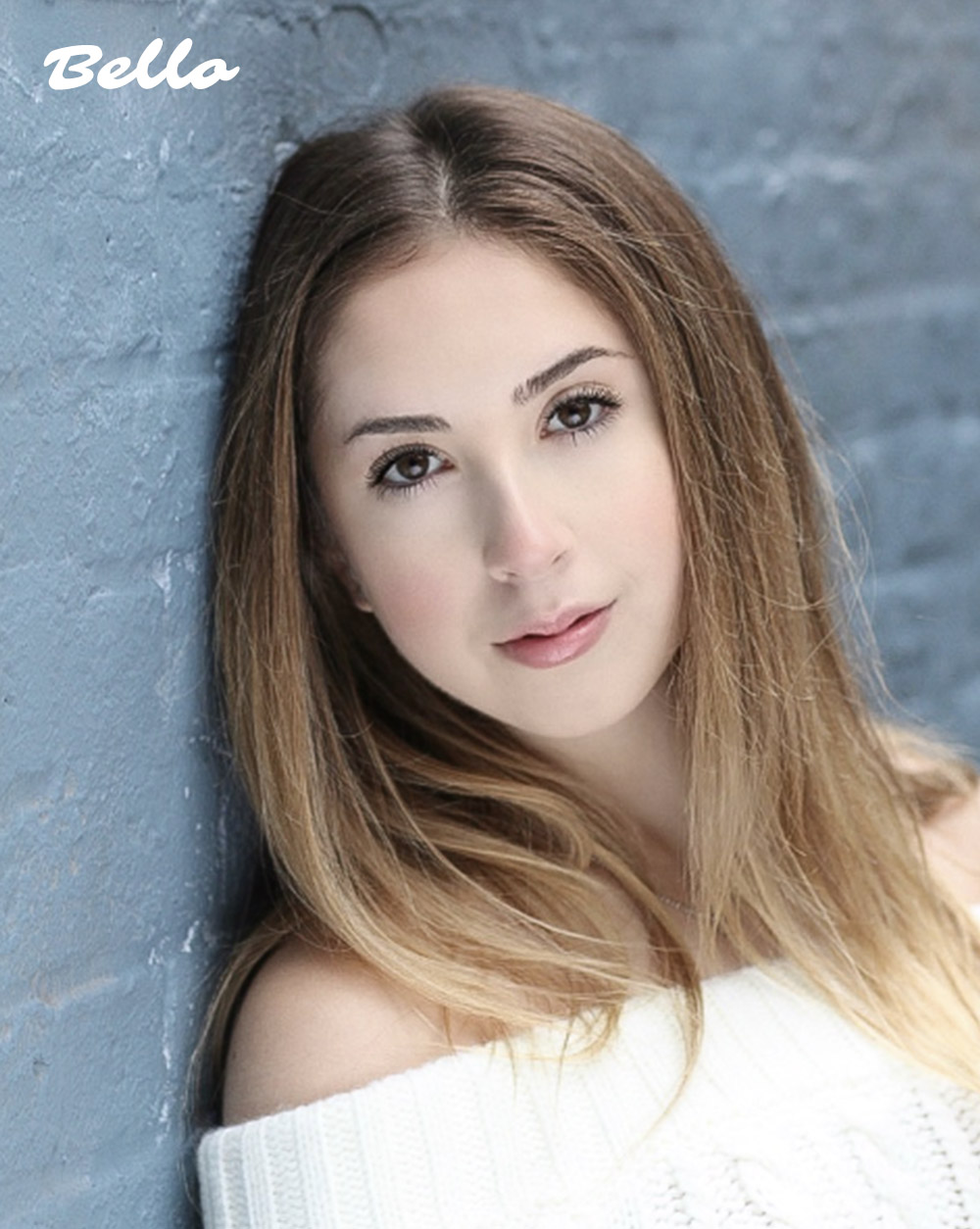 When life gives you lemons, well, you bake a cupcake!

Introducing Ms. Carrie Berk—who is sure to let you know that age truly is just a number. Carrie may be just seventeen, but it seems as if Ms. Berk has discovered the secret to maximizing the most out of your day.

After discovering her love for both writing and cupcakes at a very early age, Carrie went on to publish her first book, Peace, Love, and Cupcakes in the second grade, which eventually turned into a successful twelve book series known as The Cupcake Club. Not only did the series manage to create worldwide success for the young writer (selling more than 400,000 copies), but it was also developed into an off-Broadway show—in which Carrie co-wrote and starred in as well! Since then, she has also produced two more book series titled, Fashion Academy and Ask Emma, and also currently stars as Karina in the BRAT TV show Stage Fright. In addition to her never ending collection of published work, Ms. Berk also serves as the teen ambassador for No Bully, and is personally committed to helping others via her own style empowering website, “Carrie’s Chronicles“.

Hello Ms. Berk, it is so wonderful to meet you, and I must say—you are somewhat of a SUPER WOMAN. Not only are you an award winning best selling author (with 21 book credits to your name), but you have also managed to co-write scripts for theatre, land an acting role on Youtube’s Brat TV, and even launched a positive and successful style empowerment website that encourages individual style and authenticity. Wow—and all before your 18th birthday. When did you become consciously aware that writing was a form of expression that you actually enjoyed to do?

When I was eight years old, I first discovered my passion for writing. My second-grade teacher taught me about realistic fiction, and the fact that I could take real-life themes and place them inside fictional scenarios fascinated me. One day, I came home from school with the concept for The Cupcake Club, a book about four girls who are bullied at their school that come together to form an unstoppable cupcake club. I convinced my mom, a celebrity ghostwriter, to submit the proposal to her a book agent, and low and behold, publishers wanted it to become a 12-book series!

Most children disliked writing papers, or reading for longer periods of time—what continued to inspire you to write, and share your thoughts and experiences with the world?

I’ve always seen writing as a form of self-expression, a powerful force for change in the world. By penning important messages to empower others, I believe that I have the ability to make a difference. That has held true for my three series (all which promote strong anti-bullying themes) as well as my style empowerment website that encourages unapologetic individuality. 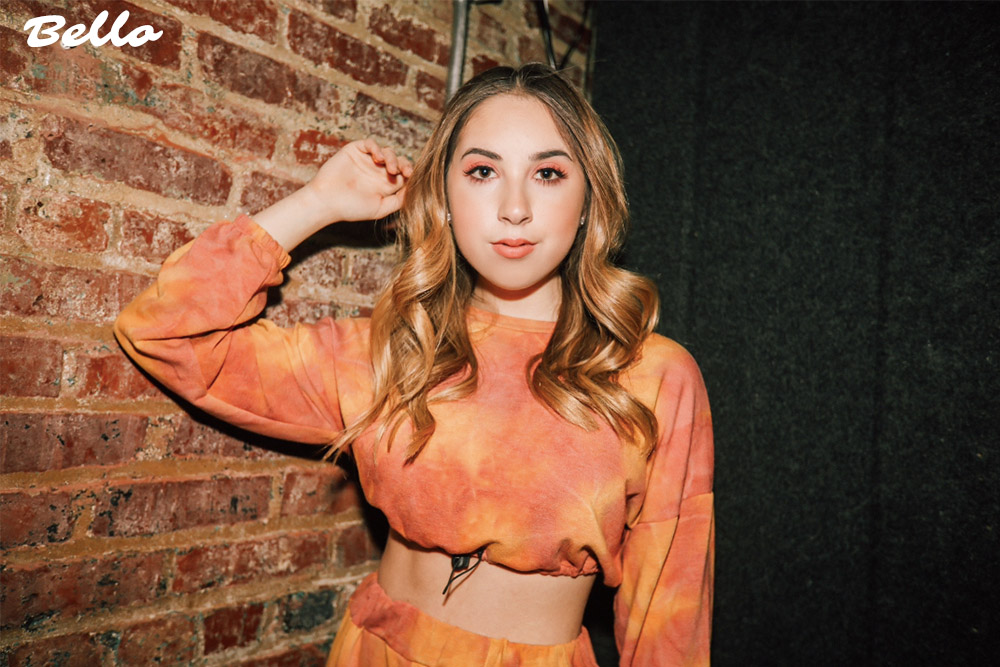 How important is it for you to show others that there isn’t a dominant status quo as far as who can wear what, or who can say what?

As someone who was bullied for my bold sense of style growing up, I have adopted it as my mission to preach style empowerment. Your unique fashion sense is your superpower. Being different is what makes you beautiful and leaves you destined for success, so why not embrace who you are?

Speaking of who can say what—you also serve as a teen ambassador for No Bully. Can you talk a little bit about what it feels like to have the opportunity to affect global change on such a large platform? What are some of the events you have done with them so far?

It’s an honor to serve as a teen ambassador for No Bully. They are going into schools worldwide teaching kids to practice empathy and respect toward each other from a young age, which is crucial in the broader scheme of eradicating bullying worldwide. One of my favorite projects I’ve worked on with No Bully is a “Girls Against Bullying” public service announcement video. I wrote the script for it and had several teen celebrities and actresses speak out: “Bullying is rampant, especially among girls, and we have to do something about it right now.”
Without revealing too much about your personal life, was there a ‘Carrie Berk’ that helped you find the confidence and courage to overcome bullies and people who tried to put you down as a child?

I’m very grateful to have always had my family as a support system to lift me up when I’m down. Although bullying often knocked off my self-esteem, my parents and closest friends were there to boost my spirits and reassure me of my worth.
How would you describe your style? Are you inspired by looks that are oftentimes categorized as being loud or “too much”, in comparison to more traditionally inspired attire?

I would describe myself as a style chameleon. I don’t like to place myself in a particular box. One day, you’ll see me wearing a camo hoodie, and the next I’ll be in sequin joggers!
What sets the tone for your style of the day: is it your mood or the weather (or neither)? Do you believe fashion should always say something about the wearer? Is it always a statement?

My outfit usually depends on where I’m headed. Because of quarantine, my entire wardrobe has been dominated by loungewear, but I’ve learned that dressing up a hoodie can be pretty simple! Just add gold jewelry and bold sneakers and you can still make a statement amid life indoors. 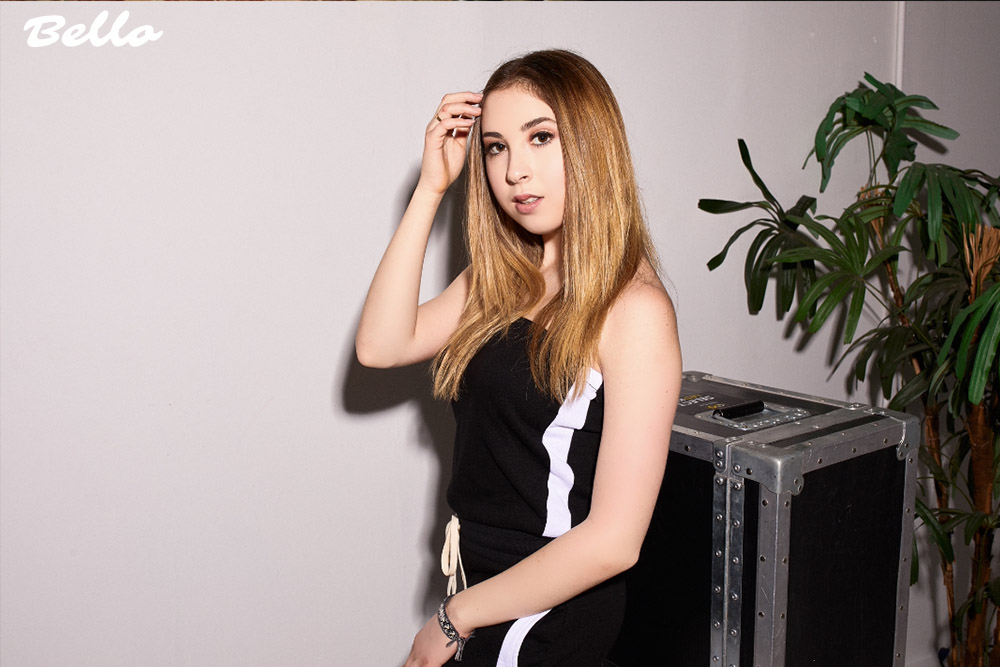 How has it been acting as Karina on Brat TV’s Stage Fright? Was this your first major role? How did you hear about it?

It was a dream come true. I’ve always loved Brat TV, and when the opportunity presented itself to play Karina on Stage Fright, I was ecstatic. I loved working with the cast (they’ve become some of my best friends) and growing as an actress throughout the entire process. It was definitely challenging, as I had to move to Los Angeles for a month and do on-set school, but every moment was worth it. Watching the series now, I’m so proud of what the entire cast and crew has accomplished!

It seems as if absolutely no one or anything can put a halt on your goals; what are you likely to accomplish in the future?

I would love to become the Editor-in-Chief of a magazine one day! I am looking forward to pursuing my passions for writing and fashion in the long run and seeing where it takes me.

Check her out on Tik Tok!