ON: October 6, 2019 BY: Alexandra Bonnet OBSESSIONS 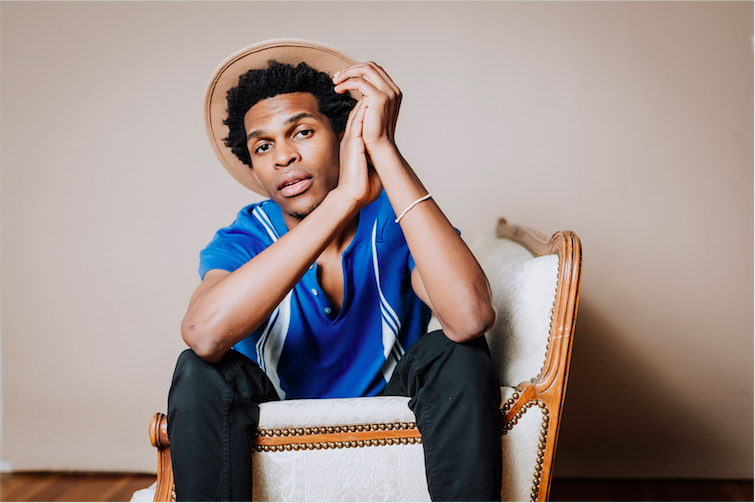 Camrus Johnson is living, breathing, and creating the comic book life. Starring on the CW’s BATWOMAN, which was released today, the young actor is taken by the wonders he experiences working on set. Not only that, Johnson is also working on his own comic book giving him the chance to experience the comic life from both perspectives. It was at the age of 16 that he found out he wanted to become part of the entertainment industry and that is exactly what he did. Actor, writer, and singer, Johnson does it all.

1.Please share some details about your role as “Luke Fox” on the CW’s BATWOMAN.

Luke Fox is a prettyyyy awesome character. He comes off as a stiff, and maybe even a little overprotective, but he’s in charge of everything Bruce Wayne left behind for a reason. As the head of Wayne Security AND the protector of the Batcave, he’s pretty much the reason that Batwoman can take over as Gotham’s new hero. I wouldn’t ever call him a sidekick but seeing as though he’s Lucius Fox’s son and sort of an Alfred or Oracle type, I can see folks calling him a sidekick for a while. Just don’t say that in front of him. I don’t think he’d like it. Haha

2.How was your experience working on set of the show?

Oh man, I know it’s something we hear all the time but it truly has been a dream come true. We have the most fantastic crew, killer sets, the sweetest guest stars, amazing directors, even the food is amazing. Seriously, I’ve had a lot of breakfast sandwiches, but the ones we get on set are next level. Imagine all of these amazing people around you, some of the best at what they do, working and laughing together all day, but…in the Batcave. Like, as a job? It’s nearly impossible for me not to come to work every day singing and dancing because these folks always have me in the best mood. It’s a very supportive and loving environment to be in, and you can feel that all anyone wants is the best version of what this show can be. 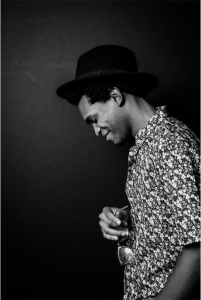 3.Growing up, were you always into superheroes? Who was your favorite?

Definitely, I’ve been into superheroes since I can remember. I’ve had a recurring dream of having the ability to fly since I was kid. I’ve also played nearly every superhero video game, so every time these new movies and shows come out starring the characters that I grew up playing I always freak out a little bit. I’d have to say Static Shock is my favorite, but I have a lot of close-seconds. I was Batman for Halloween once as a kid so that shows how far back my Batman love goes. Spiderman, Beast Boy, Nightcrawler, Hulk, Green Arrow, John Stewart, Green Lantern, Nightwing, does Goku count? OH, does Aang from Avatar the Last Airbender count? You should stop me.

4.Tell us more about the comic book you are working on. What inspired you to write it?

I’m so excited about it!! It’s been a work in progress for a long time, 4 or more years, and I can’t wait to finally get it out one day soon. Yes!! It really focuses on society as a whole, mainly touching on how we look out for one another if and when it benefits us. It’s very relevant to the times, but a ton of fun and very “colorful” if you will. Keep an eye out! The story really came together thanks to my co-writer, editor and artist’s hard work so shout-out to all of them for believing in my story and helping me bring it to life.

5.You are also a singer/songwriter. When did you know you wanted to do so?

I am indeed. I didn’t even know that I had a love for singing until a year after I discovered my love for acting, so I often wonder what would have happened if I found music first. Acting has always been my focus, but I joined a choir in New York for a couple years, then dabbled in songwriting a little bit, then tried the whole home studio thing with a couple different new friends. It wasn’t until I found my homie and producer Breakaway that I realized how much I love recording. We’ve only released the one song but we have a couple more ready to go.

6.What prompted you to write your recent single “Chance.”

Funny enough, I wrote the original lyrics for chance when I was 18 or 19 years old. There’s this wonderful girl who I was really into, and you know that whole “you keep seeing her name everywhere and when you’re together it’s magical but she’s got a man” thing? Yea, that’s what was going on. Hahaha so this song was basically my way of saying “Look, I know you’re with him, but I SWEAR we would be perfect for each other.” Then in 2018 my director, Ry Russo-Young (I love her so much) heard me singing on set of our movie THE SUN IS ALSO A STAR, so she asked me to sing a couple lines of any song in the movie. She was dope enough to let me sing an original song, and I thought Chance’s story fit the film, so I sang that. After hearing how people on set were digging just the two lines they heard, I rewrote the lyrics, had Alex Tumay and Tony Thames make the original beat, then my buddy Breakaway and I made it and released it two weeks after the movie came out… by the way, I don’t think that girl even knows that this song is about her. Ain’t that somethin’?

7.Is there something or someone who inspires your creative process?

I don’t yet have my muse if that’s what you’re asking, but she’ll come in time. Right now my stories are inspired by the fantastic people that circle around me, and my drive is inspired by the icons I look up to. Guillermo Del Toro,  Mahershala Ali, Jordan Peele, Kerry Washington, just like the superheroes list I can go on forever. 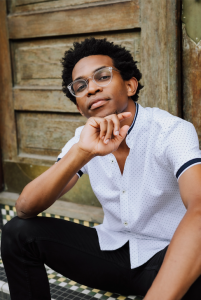 8.When did you know you wanted to get into the entertainment industry?

I hope a long story is okay. I was in my second acting class in high school and we had an assignment to pantomime a scene, so to act it out without speaking and without props. The objective was simply to “find something”. Okay, so I came in the next day in Tims, saggy pants, and a jacket that was way too big for me, all in character. Haha Most of my classmates kept it pretty simple: having one shoe somewhere else on stage and pretending they didn’t know where it was, searching their pockets until they found their phone, that kind of thing. When it was my turn to go up, I walked on stage slowly, looked back over my shoulder and hit the ground HARD. My teacher jumped up, like, “What the heck is this kid doing now…”. I was kicking and punching the air furiously. I was acting like I was getting jumped, until I scrambled to my feet and ran across stage. I picked up an imaginary phone, dialed, and started “screaming” into it, basically telling my boys what just happened. Then I ran to my “room” and started opening invisible drawers until I finally found a “gun”, ran back to the invisible phone to tell them to meet up, slammed the invisible door behind me and stormed off stage. I thought maybe it was a little much since no one else did all that, but my teacher and my class gave me a standing ovation. So 16 year old me thought something like “Wow, in this class, I get rewarded for being more creative? I don’t get in trouble, or laughed at? I wanna keep doing this.”

9.What is something about you most people do not know?

One of my favorite pastimes is just hopping on an electric scooter and going. When I’m in LA or Vancouver, it’s sunny outside, and I’ve got time to kill, riding around and seeing everything and everyone, the different streets and alleyways that you normally wouldn’t see or pay attention to makes me really…really happy. There’s something about it that’s incredibly freeing. Might sound lame, but now ya know.

10.Where do you see yourself in 5 years?

Acting in some incredible films and animated projects/video games. Writing and producing films, animated and live-action shows, maybe even another comic. Performing original music I’ve finally found a band for, a team and the time to make. In a healthy relationship that everyone’s grandma approves of. Owning property, investing, seeing my family more, and being just as happy and true to myself as I am right at this moment. And hey… I might still be playing Luke Fox at the same time.