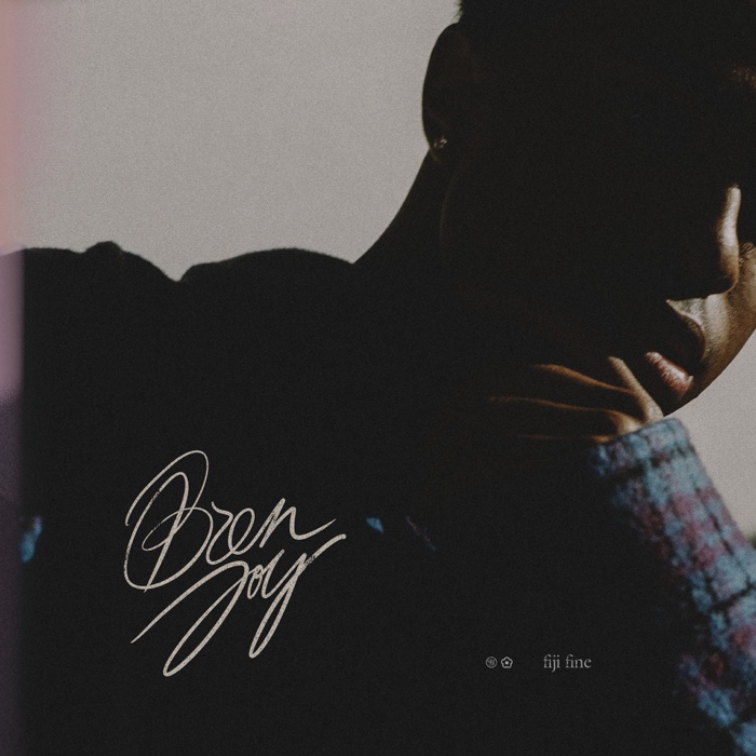 Rising R&B star Bren Joy shares a sleek new single “Fiji Fine,” listen HERE via Warner Records. “Fiji Fine” demonstrates just how bright Bren Joy can shine, glowing with crystalline synths and the gentle shimmer of Bren’s voice. The track surges with sensual propulsion as Bren yearns for someone as fine as the South Pacific archipelago. Intimate and alluring, it shows off the low-key charisma and lyrical depth he made his trademark on Twenties.
While Twenties is a tightly knit record, the EP produced a number of standout tracks, including singles “Sweet” (feat. Landon Sears) and “Henny in the Hamptons,” which generated over 15 million global streams. Bren has found a rabid audience thanks to his desire to reimagine R&B in his image. Twenties is full of clever instrumental risks and subtle complexities in its arrangements, but the music allows enough room for Bren to do what he does best. His sterling voice carries the project, and amongst a city of golden-lunged crooners, his casual confidence stands out.
Building off of that emotional vulnerability and creative expression, Bren has emerged as an undeniable force in the modern pop landscape. “Fiji Fine” is his first original song since his 2020 Warner Records debut, “Freezing,” but he’s stayed busy in the meantime. Across 2020, he released a series of moving live performances, including a cover of the Weeknd’s “Call Out My Name,” as well as “Henny in the Hamptons,” and “Drag Race.”
After being named one of The Tennessean’s “Nashville artists to watch in 2020,” Bren hasn’t let his foot off the gas. Having opened for artists like Jhené Aiko and Megan Thee Stallion, he’s no stranger to bright lights, big stages, and screaming crowds. Rated R&B listed Bren as one of this year’s “artists to watch.” “Fiji Fine” is the first step in a new direction for Bren Joy, an exciting moment for one of Nashville’s brightest young stars.
ABOUT BREN JOY:
With overpowering vocal range, deft songwriting chops, piano virtuosity, and undeniable charisma, Bren Joy integrates pop universality into unpredictable R&B. Born and raised in Nashville, he introduced himself with the independent debut EP, Twenties, in 2019, which generated 15 million global streams and included singles “Sweet” [feat. Landon Sears] and “Henny in the Hamptons.” Vulture named the latter on its “Best New Songs List” and The Tennessean proclaimed him one of the “Nashville Artists To Watch 2020.” Along the way, Bren’s shared the stage with everyone from Jhené Aiko to Megan Thee Stallion. Managed by Big Loud/Maverick, booked globally by CAA, signed to Warner Records, and with a publishing deal at Warner Chappell, Bren presents a new paradigm for R&B and pop. He made his major label debut in 2020 with the single “Freezing” while “Fiji Fine” marks the first record of several coming in 2021.
FOLLOW BREN JOY:
Twitter | Instagram | Facebook | YouTube