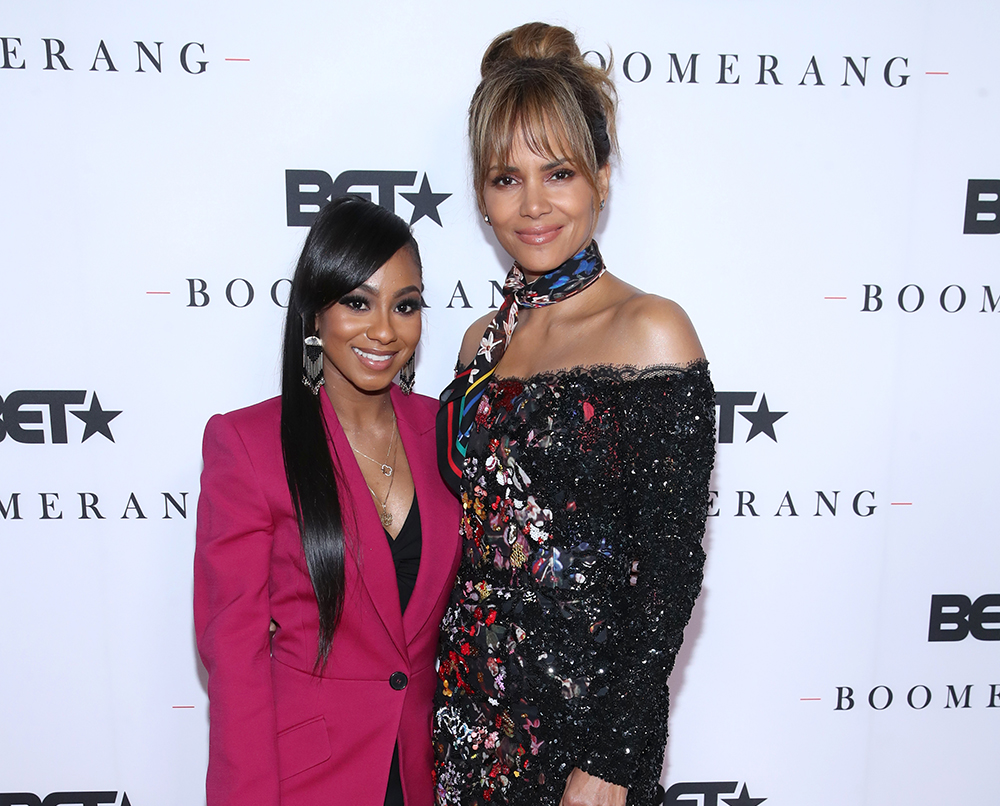 This week, fans of the famous 1992 romantic comedy BOOMERANG have something to be excited about as actress and recording artist, Tetona Jackson stars in the spinoff TV series that aired just last night Tuesday, Feb. 12, on BET.  We are beyond excited to see our close friend Tetona star in this remake!

Based on the witty 1992 film of the same name, Tetona stars as Simone, the ambitious daughter looking to break off from her parents in order to build her own legacy. It’s entertaining to note in the original film Simone’s “power-couple” parents are played by Oscar nominee Eddie Murphy and Oscar winner Halle Berry.

With Simone as a lead in her friend’s social circle, the half-hour series will highlight a group of friends who’ve grown-up together with dreams of making it as marketing professionals. Simone must work to balance her career while managing her love interests. Throughout the series, viewers can expect the characters’ emotions to be tested in everything from love, friendships, trust and even romance as they look for their purpose in the industry.

Prior to appearing on the national BET show that is sure to be a hit, Tetona Jackson landed roles in many television series including the Hulu x AwesomenessTV comedy series “All Night”, which coincidently featured Boomerang co-star Tequan Richmond (“Everybody Hates Chris”). Boomerang also stars Brittany Inge (“Atlanta”, THE HATE U GIVE) Leland B. Martin (“Chase Street”, A CINDERELLA CHRISTMAS), Kim Alex Hall, Lala Milan and more!

Halle Berry serves as the executive producer for the new series and while it is currently rumored to have Halle Berry appear in a future episode or two, she has praised Tetona’s role of Simone Graham. Both Tetona and Halle were seen side to side at the Los Angeles red carpet premiere of Boomerang on Monday evening prior to the show.

“Boomerang” airs every Tuesday on BET at 10/9c. #BoomerangonBET