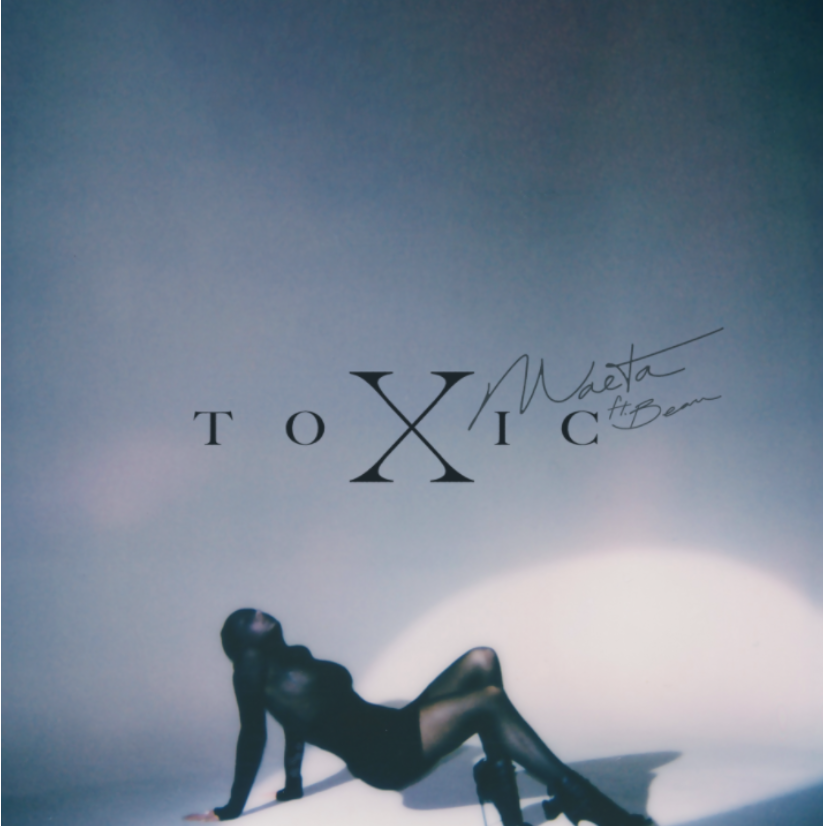 Today rising indie pop / alternative R&B artist Maeta released her new single and music video for the song “Toxic” off her highly anticipated upcoming EP, Habits (4/16).  The vibey track, which is executive produced by Skrillex, features a verse from Beam and details the dialogue of two lovers caught up in the irrationalities of a tumultuous and toxic relationship.
The video features Maeta and Beam depicting a toxic couple in the midst of an argument that eventually transitions to a make-up session with Maeta singing:  “I got soul ties when I’m tongue tied with you/
You’re traumatized from last I get it/I’m so quick to close the curtains.”
Maeta has already generated buzz with her first single “Teen Scene,” produced by GRAMMY-winning artist and producer Kaytranada, which features a verse from Hip-Hop artist Buddy. Dancing Astronaut said, “‘Teen Scene’ should put her on the radar of music fans everywhere.” The single has surpurpassed over 3.1 million plays on Spotify. This week she also recently debuted her new single “Toxic,” live for  “The Road to Roots Picnic,” a virtual showcase for emerging artists hosted by groundbreaking acclaimed artist Masego and Executive Produced by Tina Farris.
Link to stream:  Maeta.lnk.to/Toxic
Link to music video: https://Maeta.lnk.to/ToxicMusicVideo
About Maeta:
On her new EP Habits, rising R&B songstress Maeta (21) sounds more comfortable and self-assured than ever. It is a reflection of her personal growth over the past year. She’s gone through and conquered a lot of issues, like toxic relationships, her own confidence, and has made a home for herself in Los Angeles. Channeling that life experience into her art, the result is a cohesive body of work about the emotional trials and tribulations of young adulthood. On lead single “Teen Scene,” produced by Kaytranada (Rihanna, Anderson .Paak, Alicia Keys, Kendrick Lamar), featuring rapper Buddy, Maeta says goodbye to a juvenile relationship, both with a sense of closure and curiosity. And on “Doesn’t Mean A Thing,” produced by Teddy Walton (Kendrick Lamar, Bryson Tiller, Kehlani), featuring singer-songwriter Leven Kali, she uses her sultry voice to contemplate the uncertainties of being in love. The EP is rounded out by productions from Mustard (Tinahse, Demi Lovato, Mariah Carey) and The Orphanage (Bebe Rexha, Alessia Cara, Tori Kelly).
Maeta first stole the hearts of fans through SoundCloud releases and Instagram cover clips. Her debut EP, Do Not Disturb, was released in November 2019 and encapsulated Maeta’s many moods and emotions since moving from Indianapolis to Los Angeles earlier that year to focus on her career. It received critical acclaim, with Refinery29 saying of the first single “Babygirl,” “Honest to god, a song hasn’t soothed my nerves as much as this one in a WHILE. I needed it.” Showcasing the breadth of her artistic vision, Maeta released striking visuals for each song on the EP, along with various covers for her #MaetaMondays social media series, during which she puts her own spin on an eclectic group of hit songs from the likes of Drake and Kehlani.
Maeta’s artistic parents – her mom is a visual artist, her dad plays the drums – nurtured and encouraged their daughter’s creativity and pushed her to freely explore her expressive passions including visual arts and even the art of make-up. And like many parents, the music they played around the house, including the Eagles and John Mayer, became the building blocks of her sound. At the same time, like most young people, she gravitated towards the music of her teen years including Kid Cudi, Alicia Keys, Beyoncé and SZA and their ability to use music to speak truth to their feelings. These influences, her natural singing ability and the fact that she is a self-proclaimed “daydreamer” who “falls in love too fast” and is drawn to sad songs, brought her to the sound you hear today – blending pop and soul with lyrics that allow Maeta to be a voice for those who struggle to express their emotions. Her goal: to be a positive light. She also has a passion for performing live, despite her stage fright, and her big dream is to play in front of thousands of people at large festivals around the world because she sees that as a place of “ultimate freedom.”
CONNECT WITH MAETA
Instagram
Facebook
Twitter
Soundcloud
TikTok

One thought on “Artist On The Rise…MAETA!”