ON: December 8, 2020 BY: Alexandra Bonnet OBSESSIONS 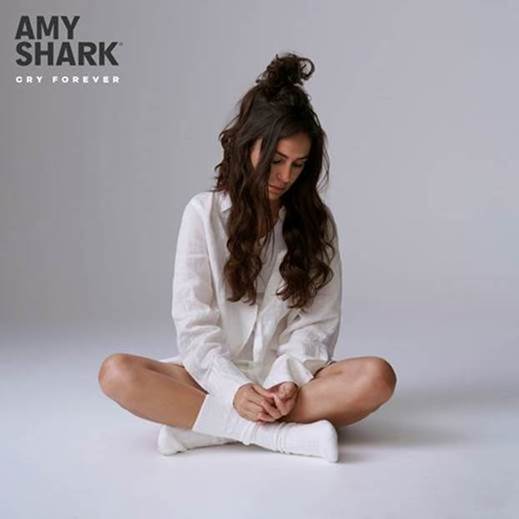 RELEASES NEW TRACK “ALL THE LIES ABOUT ME”

ANNOUNCES HER SOPHOMORE ALBUM ‘CRY FOREVER’ WILL BE RELEASED ON APRIL 30, 2021 — AVAILABLE FOR PRE-ORDER NOW

Multi ARIA award winning, singer-songwriter Amy Shark has announced today that her sophomore album CRY FOREVER will be released on April 30th, 2021 and is available to pre-order now via Wonderlick Recording Company/Sony Music Entertainment Australia/RCA Records. Shark also released a new track “All The Lies About Me” which will be featured on CRY FOREVER and is available now HERE. Additionally, Shark has  announced a massive headline tour of Australia in June/July 2021 in support of CRY FOREVER.

Shark’s national CRY FOREVER tour will be the Gold Coast local’s most ambitious live undertaking yet in some of the largest venues Australia has to offer. The tour will kick off at Qudos Bank Arena (Sydney) on June 12, before moving through to Rod Laver Arena (Melbourne) on June 18, Wrest Point Lawns (Hobart) June 19, HOTA (Gold Coast) June 25, Riverstage (Brisbane) June 26, Adelaide Entertainment Centre July 1 and will finish up in Perth at RAC Arena on July 3. Tickets go on sale Friday 11 December at 10am local time and are available from www.amyshark.com.

Amy Shark sold in excess of 45,000 tickets in 2019 across her metro and regional tours, with her regional tour last week picking up the ARIA for ‘Best Australian Live Act’, paired with her ARIA win for ‘Best Pop Release’ for ‘Everybody Rise’. The CRY FOREVER tour will see Shark level up, rolling out world class production and musicianship as she brings her anticipated new album to life in arenas across Australia.

No stranger to the big stage, Amy Shark has headlined many major festivals, along with winning over the entire stadium at Fire Fight and wowing a huge national audience with her recent NRL Grand Final appearance. Guaranteed to delight fans across Australia, this career defining must-see tour promises to feature stand out performances of songs from the critically acclaimed LOVE MONSTER album, fan faves from the NIGHT THINKER EP and of course brand new music from CRY FOREVER including ARIA winning, platinum accredited ‘Everybody Rise’ which is nearing 20 million streams globally and spent 12 weeks in the top 10 Australian airplay chart. 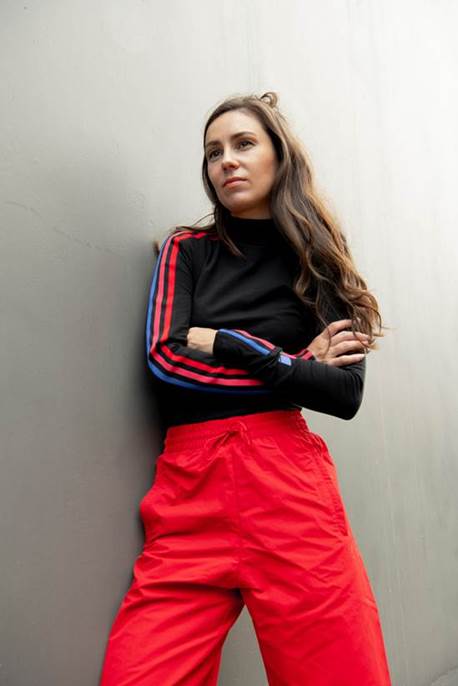 “I am so proud of this album and it’s time to hand these songs over to the fans,” says Shark. “To announce a tour of this size, after the year we have been through, gives me hope that the world is heading back to normality. I will give every show every part of me, this is going to be massive and I am counting down the days to perform.”

Through Shark’s honest and emotional storytelling, CRY FOREVER is set to be an evolution from her debut album LOVE MONSTER, “I am now a more confident musician and person than the Amy of 2018, and I feel like I am ready to share some moments from my life that I wasn’t previously ok to talk about, ” says Shark, “These are some of the most personal and confronting songs I’ve ever written, and I can’t wait to share them with everyone.” And to celebrate the album and tour announcement, Shark has dropped a new track, ‘All The Lies About Me’, featuring her trademark soaring vocals, powerful lyrics and acoustic guitar. “This song is me at my most confused, broken and lonely. It’s not easy hearing things about yourself that simply aren’t true. Sometimes the noise gets too loud so I had to write this song as it’s the only way I can talk.”

Amy Shark has come a long way since her breakthrough single Adore.  As shared on her Instagram account – in just a few years she has gone from moving 82 tickets in her home state of Queensland, to selling out arena-sized venues all across the country. After bursting on to the global music scene in 2016, her 5 x Platinum single ‘Adore’ put her on the map as one of Australia’s most formidable emerging songwriters. This was followed by 4 x Platinum and number one Australian Airplay Chart hit, ‘I Said Hi’ and the 2019 2 x platinum single ‘Mess Her Up’. Shark’s debut/breakthrough #1 ARIA album and Platinum-certified LOVE MONSTER was recognised in 2018 with four ARIA awards (Album of the Year, Best Female Artist, Best Pop Release, Best Producer [Dann Hume]) and was nominated for another five. LOVE MONSTER went on to become the highest selling album by an Australian artist for 2018.

Undoubtedly, 2021 is poised to be an even bigger year for Amy Shark with the release of her sophomore record and national CRY FOREVER tour.

The CRY FOREVER tour will be held with a commitment to a COVID Safe environment.  TEG LIVE will work closely with and comply with all requirements of the public health authorities in respect of these shows.

Telstra is offering their customers an exclusive Telstra Plus presale from 2pm (local) Monday 7 December to 2pm (local) Wednesday 9 December. For more details regarding the presale, please visit https://www.telstra.com.au/plus/tickets/music

The general public will have the opportunity to purchase tickets from 10am (local) 10am Friday 11 December fromhttps://www.amyshark.com

Fans can also take advantage of Ticketek’s world-leading partnership with Afterpay for Amy’s Cry Forever Tour. Available via the Ticketek app or website, Afterpay is the world’s largest buy-now-pay-later service, offering fans greater flexibility to pay for tickets in four equal installments and secure seats with the first payment.

For further information, head to www.amyshark.com