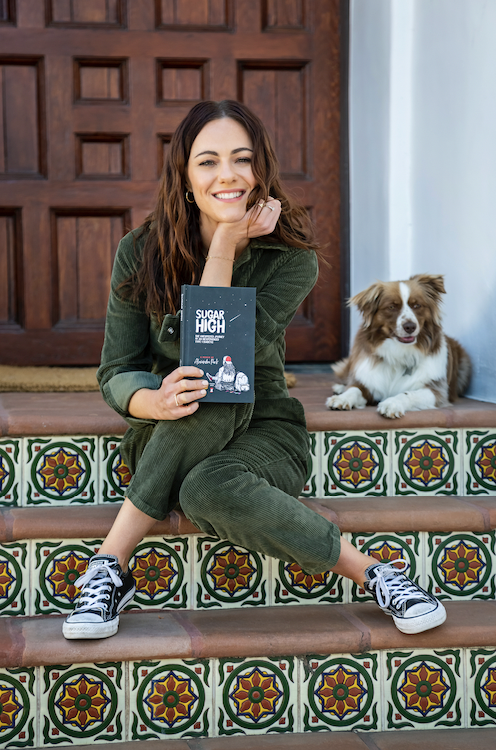 Actress, advocate, and author, Alexandra Park brings heart and soul to the table as she aims to make a difference in people’s lives. Having been diagnosed with Type 1 Diabetes, she had to adjust her life and in doing so, discovered all the flaws in the healthcare system regarding patient with this disease. Throughout her novel, “Sugar High,” she was able to write down a reflection “of a time in (her) life when two totally unrelated but equally mind-blowing things happened at the same time.” A story of a woman who persevered through it all, make sure to keep reading and get to know Alexandra Park!

Share with us the story behind “Sugar High.” What inspired you to write it? What do you hope your readers will feel after reading it?

Sugar High is a reflection of a time in my life when two totally unrelated but equally mind blowing things happened at the same time.
The story kicks off when I was a hustling unemployed actor, working at a clothes store in Sydney. I was saving money to move over to Hollywood when I was diagnosed with type 1 diabetes. Three months after I was diagnosed and against the doctors advice, I moved to LA and about a week after I got there I landed the job I’d been dreaming of my whole life, A lead on a big TV show (The Royals).
Sugar High chronicles the next four years I spent traveling the world navigating the highs that came with living my dream as well as the lows that came with learning how to live with an extremely complicated and often dangerous condition in which I knew very little about.
It was during the first season of The Royals that I felt inspired to share my story. Not because I had all the answers, but quite the opposite. I was inspired by the fact that regardless of how rocky the road was in those initial years, that I was still “doing it”. I was doing what I set out to do and diabetes didn’t hold me back from that. I was inspired to share what I learned, to tell others facing the same or similar hurdles that their dreams are still possible.

I felt and oftentimes still feel very much alone with my condition, so I wrote the book in hopes that sharing my story and being as vulnerable as I could might help someone else feel less alone with whatever they’re going through. 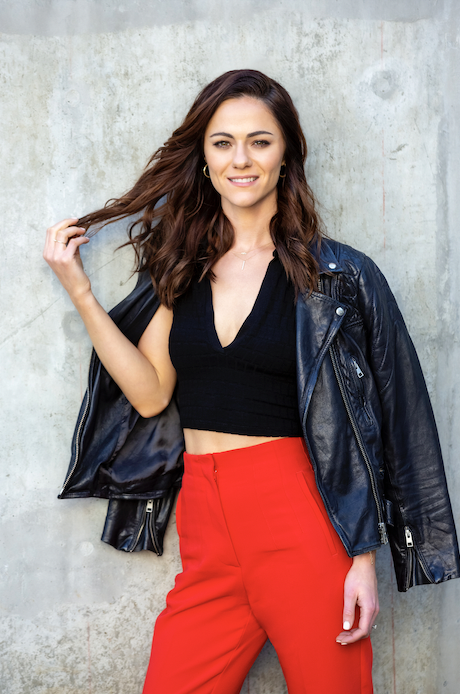 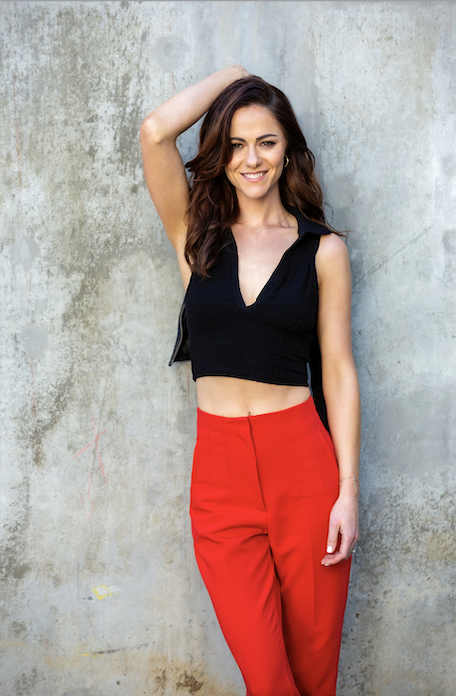 Most of all, my hope is that readers come away feeling like they found a friend in this book.
What was the writing process like? Explain.
haha. Well, basically one night my friend Michelle Lang came over and we were having some wine and she was telling me about the process in which she wrote her books. (Michelle is the founder of RBL Studios LA, the publisher of my book, my fellow producer on our TV show “Everyone is doing Great” and just a general badass)
I told her I’d always wanted to write a story about those years in my life but that it seemed pretty far-fetched, I had no idea where to even begin. She asked me to tell her what it was like during those years and basically just told me to start writing it down, that it didn’t need to have a specific structure, to just get it out.
So I did that! Hahah and it was slow at first, there was a lot of screaming at the ceiling, deleting and starting again, wondering what the point was etc etc.
But I kept at it… and I had a lot of help from my fiancé (James Lafferty) who helped me realize that it didn’t have to be perfect right away, to just get it out, that we could always go back and fix it later.
So for the next year, there was a lot of stopping and starting, but when the pandemic hit I really wrote the bulk of it, was grateful for the creative task in those tricky times and just sat in the spare room of our house for about 6 hours a day and typed until it was dinner time.
James and I would have nightly sessions where I’d be really excited to read him what I wrote, sometimes the sessions went great, other times I went back into it the next day with a whole pile of adjustments that needed to be made. It was a process!
While writing it, was there a moment where you felt like giving up? If so, how did you overcome that? How do you overcome adversity in general?
There were several moments where I felt like giving up! Haha, heaps!
I doubted the whole thing from time to time, wondered if anyone would care, if there was even a point. It was hard to write about the dark moments, the bits where I had to be really vulnerable and share the mistakes I wasn’t proud of, but I overcame that fear by realizing that the hardest parts to write were likely the most valuable to share.
I didn’t give up because as an actor I’ve been conditioned for setbacks, for doubt, for “what if’s?” And I’ve learnt that the only way to find out if something is good, or worth it or going to happen is by not giving up, but doing it, regardless of what other people think, or what could go wrong.

Why did you decide to donate proceeds to Life of a Child Foundation?

My mum found the Life For a Child Foundation after I was diagnosed. She’s amazing like that, forever curious beyond what we see right in front of us.
There are many people out there living with the type 1 that don’t have access or aren’t able to afford the life-Saving technology that this infuriatingly complex condition requires you to keep buying in order to stay alive.
There are thousands of children in developing countries whose health services still don’t have facilities to test blood sugar. This leaves many sufferers and families of sufferers unaware as to why they or their loved ones are so ill. There are children who walk four hours every day to get the bus to the hospital for their life-saving medication. They do this every day because insulin needs to be refrigerated and they cannot afford refrigerators. They can’t take it home with them because it would spoil.
I learned all of this through The International Diabetes Federation’s Life For A Child program.  The charity is very close to my heart, and my family’s heart. Life For A Child provides care, education, life-saving medicines and support to children living with t1 diabetes in the developing world.

There is nothing more important to me than working towards a world where everyone with type 1 diabetes, no matter where they live, has everything they need to survive and achieve their dreams. 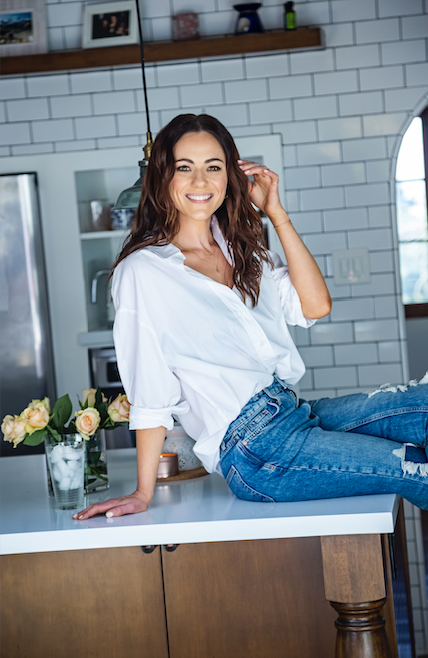 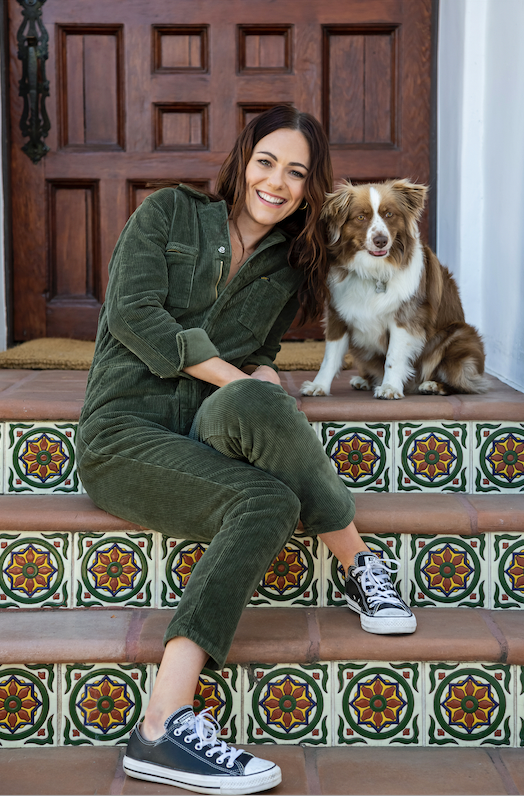 You are also an actress! Tell us more about that and why you are drawn to acting.

All I can really say about this is that for as long as I can remember I’ve been a story teller, a lover of performing arts, there was never really something that drew me to acting (other than giving up my initial dream of becoming a rockstar due to stage fright) I’ve just always wanted to perform, to escape into other worlds, to put myself in others shoes, to feel things. Acting makes me feel feelings that I can’t feel from anything else, I guess it makes me feel alive. haha. Seriously but. It’s just my great love.

What is a project that felt like a strong turning point in your career?

Playing Princess Eleanor on The Royals. She allowed me to do everything, to show all the colors, I really learnt how to act on that show. It taught me everything.
When you feel lost/low, what do you do to keep yourself moving forward?
I force my brain to think about all the things I’m so desperately grateful for.
Growing up, who/what brought you the ultimate comfort? How do you provide comfort for yourself and others now?
My family, I have the greatest family in the world.
Best advice you were given?
Whenever I wig about anything my mum says “Just go for it’ . She’s been saying it for as long as I can remember and I hope she never stops.
What comes next?
My next novel. SIKE.
hahaha.
Few things in the pipeline, I have a show on HULU in the US and Paramount + worldwide, a half hour comedy called “Everyone is Doing Great” that I star in and co-produced with my film family. (James Lafferty, Stephen Colletti, Ian and Eshom Nelms, Michelle Lang, Ngoc Nguyen, Rocque Trem + Stuart Lafferty)  We independently produced the show from the ground up, and are working on a second season at the moment.
Im currently in Australia about to shoot a feature, can’t say much about that but very much looking forward to working in my hometown- it’s been about 8 years!
Talent @AlexandraPark1
Photography @lesleybrycefoto
Hair @cindyprostylist
Makeup @abhairmakeup
Interview @alexbonnetwrites