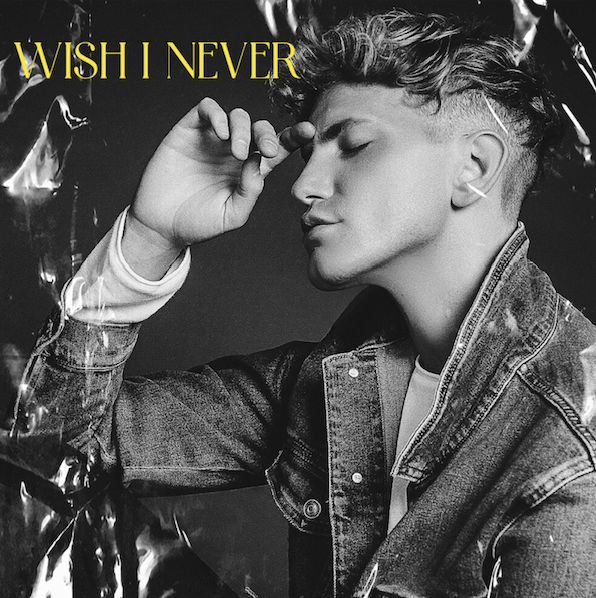 Los Angeles-based pop artist Alex Shera has released his new single, “Wish I Never.” The new single is equally emotional and relatable to listeners as it explores the difficulty of recovering from a broken relationship.

“‘Wish I Never’ outlines the story of liking someone so much that the heartbreak you carry with you almost cripples you emotionally,” says Alex. “You kind of wish you had never met that person because it almost caused too much pain…nearly to the point that you couldn’t recover.”

The new single is a follow up from his previous release, “Blue Nights,” which had Joslin Keim of Culture Collide raving, “…an infectious, yet vulnerable three-minute track”.

Shera moved to Los Angeles at 17 and broke into the celebrity styling world where he eventually built his own client roster that included Marshmello, Jack & Jack, Pia Mia, Cody Simpson, TYGA, Zara Larsson and other celebrities in the entertainment world. Now bringing his deep seeded passion for music to the surface, Shera’s music depicts the pathology of fame, love, heartbreak and its cure — finding your true self.

Alex grew up in the ocean-tinged air of San Diego, CA. During that time his passion for creativity in art and fashion blossomed and it ultimately pulled him to L.A. at 17. With a strong desire to immerse himself in the fashion and entertainment world while studying Visual Communications at FIDM, Alex adopted his new home as a blank canvas of infinite possibilities. Quickly he secured opportunities that have been known to establish careers. He began interning with celebrity photographer Alix Malka which led to assisting stylists Elizabeth Stewart and Johnny Wujek. Eventually, Alex developed his own client list including Marshmello, Jack & Jack, Pia Mia, Cody Simpson, TYGA, Zara Larsson and other celebrities in the entertainment world.

Like any true artist, evolution is built into the DNA of creative expression and Alex is continually evolving on an artistic and personal level. His heart beat is layered into the rhythm of the track and his soul is heard through the vulnerability of his vocal performances. “I think I went from being very pop based, with Swedish pop influences like Max Martin, to a more emotional and raw undertone in the new music I’m releasing. I’m excited to keep growing and evolving. Taking my life experiences and creating short-stories of life through song.”

Alex remains excited for 2021, spending more time in the studio with producer Micky Skeel, Andy Kravitz and Devin Kennedy who have collectively worked with iconic artists such as: Lana Del Rey, The Rolling Stones, Ben Platt and Fleetwood Mac, among others. Alex previously worked with Kennedy on “FIRE” which arrived in late 2020.