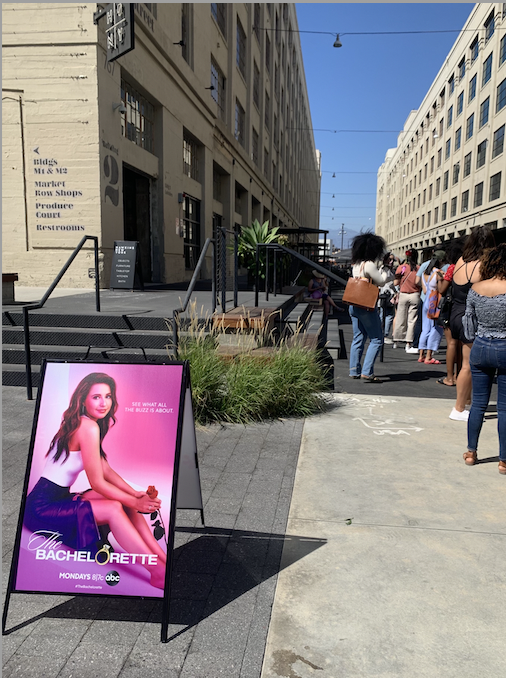 In the era of outside-only events, ABC came up with the perfect solution to celebrate the return of the beloved Bachelorette franchise and the debut of The Celebrity Dating Game – pop-up picnics around Los Angeles.

These aesthetic and yummy picnics for two came to fans in decorated wooden boxes from staff in the cutest Airstream ever. The Airstream featured the beautiful Bachelorette Katie Thurston as well as The Celebrity Dating Game hosts Zooey Deschanel and Michael Bolton on the side. Fans were able to find the Airstream at outdoor shopping locations such as Third Street Promenade and ROW in Downtown LA. Roses were given out to those waiting in line, and Katie even made an appearance at some of the locations.

After picking up a basket, some duos chose to sit at the provided blankets around the Airstream to enjoy the Jenga set, Bachelorette ping pong rackets, sandwiches, cookies, and Hint waters that came in the box.

This picnic adventure was the perfect way to safely celebrate these shows while connecting with fellow fans in the LA area. The Bachelorette premieres tonight on ABC followed by the premiere of The Celebrity Dating Game next week!