A Virtual Tour of the Frida Kahlo Museum in Mexico 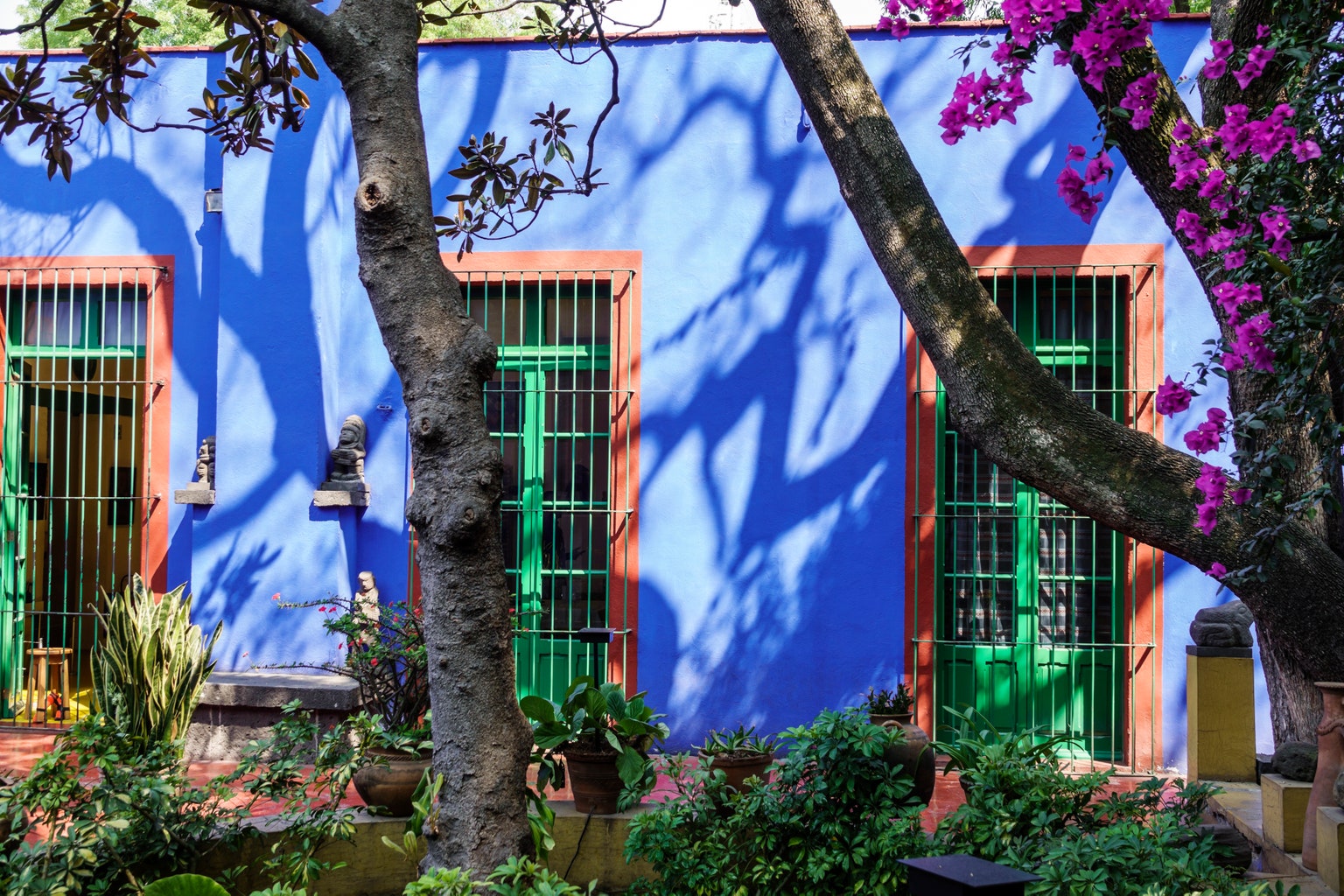 You too are bored and dream of freedom, sun and travel? Google Arts & Culture takes you on a trip to Mexico by opening the doors of the Caza Azul, the house-museum of the renowned artist Frida Kahlo. 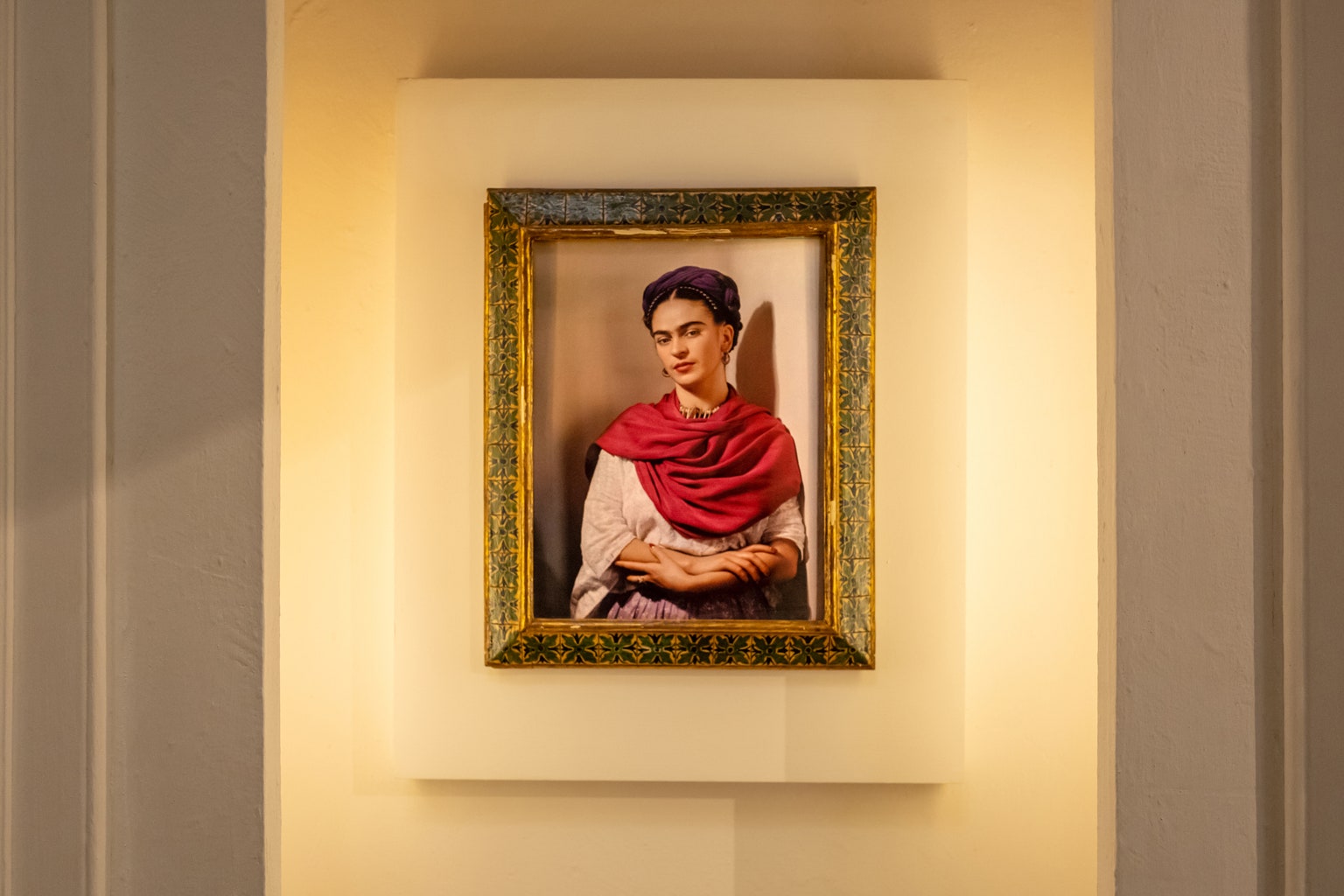 Come discover from your sofa the Casa Azul, Frida’s spirit can be felt everywhere… In the center of Coyocan, the former house of Frida Kahlo, La Casa Azul with its façade painted in vibrant azure according to Mexican tradition. It was the family house bought by her father in 1904, and then extended by Diego Rivera. On August 6th, 1907, the artist was born in the house, and it was here that she died 47 years later. 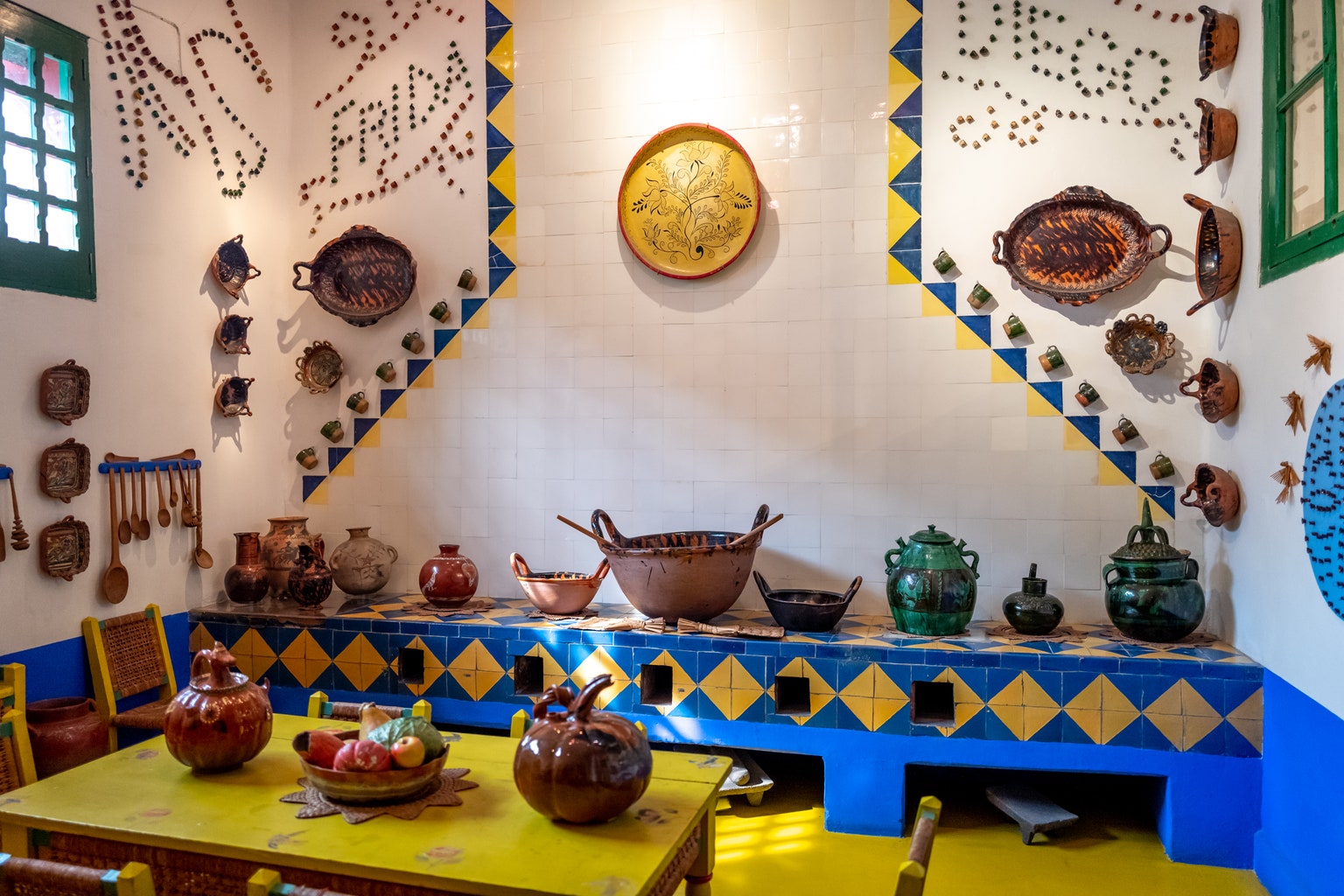 In her atelier are carefully arranged pigments facing her easel, while in the kitchen which once welcomed the couple’s friends to the house. The gardens are dotted with cactuses, and other tropical plants enlace the hordes of pre-Colombian statuettes. In the bedroom, an urn in the form of her face lies on her bed, holding her ashes. Beside is the mirror in which Frida, bedridden, observed herself to paint her famous self-portraits, such as The Two Fridasand Frida y la cesarea, now on display in the villa. Her daily life is shown through her dresses, corsets, jewelry, makeup and personal objects that have been meticulously preserved. 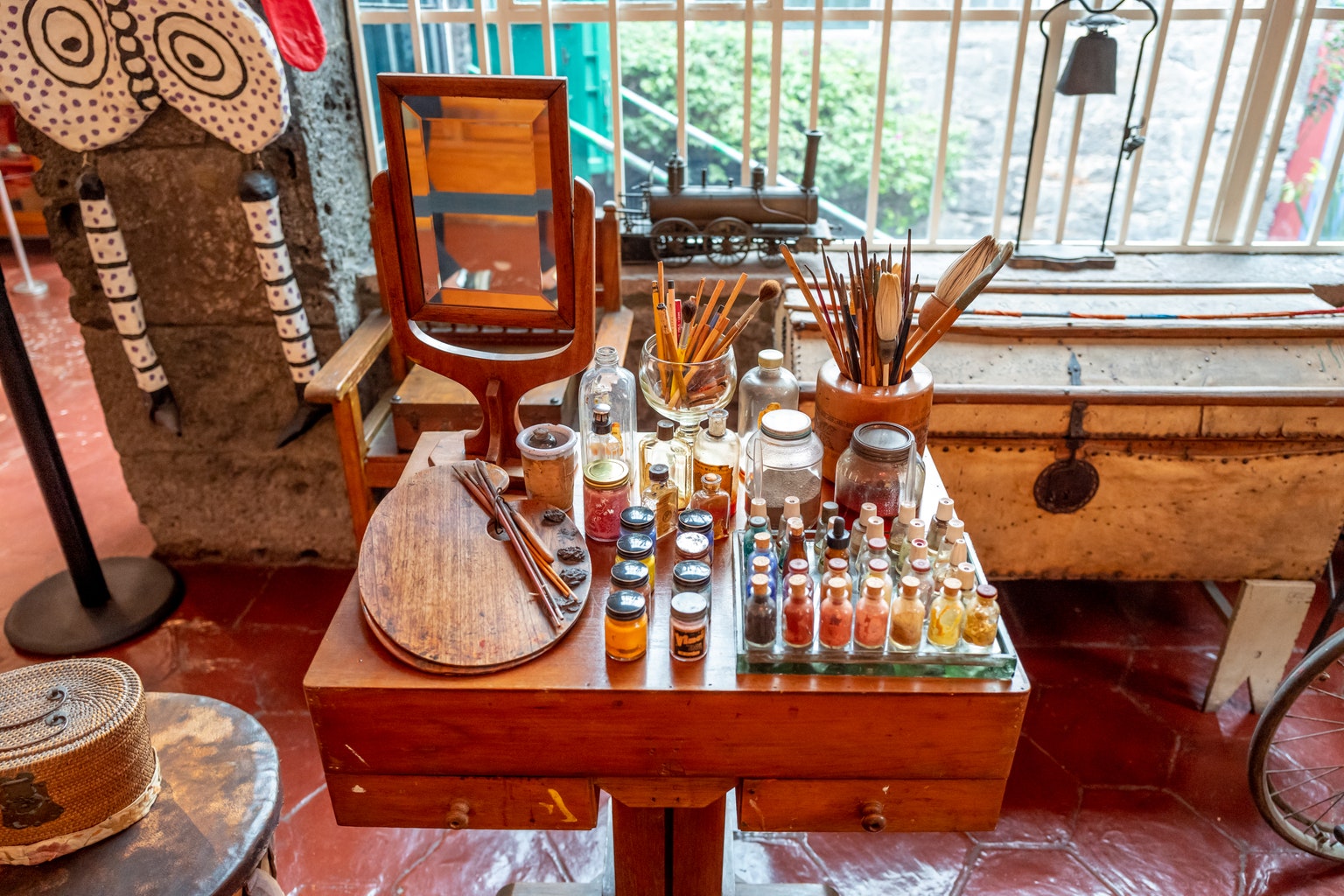 It’s a moving visit that retraces the history of one of the greatest artists of the 20th century!