A Quarantine Binge Watch Story: How The Hills, Spencer Pratt, and the Coronavirus Can Teach Us All How To Be Better People 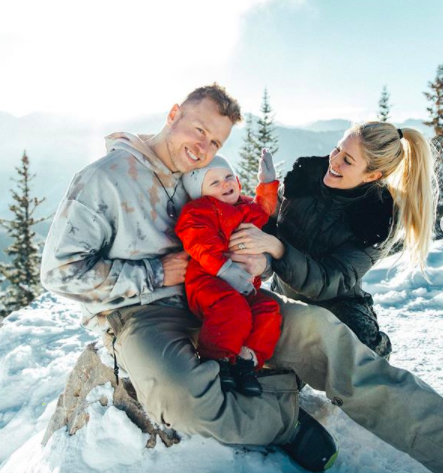 How’s everyone’s quarantine!? Good–are we staying healthy? I hope so!

If you must ask, mine has been filled with binge watching all of my favorite shows from when I was a kid; specifically Lauren Conrad, Spencer Pratt, and Heidi Montag.

Yeah, I know The Hills came out more than a decade ago; but I wasn’t forced to sit at home and think about what little twelve year old me would be doing right now to past the time (and he most certainly wouldn’t be binge watching The Hills, because oh yeah, binge watching didn’t exist back in 2006–or Instagram or Twitter or social flipping media).

I got to thinking; if this quarantine has taught me anything, it’s that we are all just people trying to love and care for what we consider most valuable in our lives. Whether it be our Aunt Meridith, or Papa Frank, we all just want to love and be loved, and with the most recent misfortune due to the Coronavirus (COVID-19), I started to think about just how important each individual is regardless of their past, present, or future. At this very moment in time, we are all human (and evidently able to purchase ALL the toilet paper in America). But still human. And most of all–we are all capable of failing, succeeding, and making mistakes.

And then a thought occurred to me–wait, who was I? Have I grown? Am I the same guy who once thought colored skinny jeans was the greatest fashion statement of the time? Mmm, no (just, no). And then an even more pressing thought came to mind: WHAT’S SPENCER PRATT DOING?

You know, Spencer! The guy everyone loved to hate. Back then he was portrayed as immature, hot headed, selfish, and widely controlling. But did he change? Could he change?

Still riding on the wave of self discovery, I decided to watch the new series, The Hills: New Beginnings (July, 2019), just to see in fact, can people change. COVID-19 has set precedents for our world, and has absolutely encouraged “a new beginning”. But do we as people have the capability to recognize this, and move forward for the better?

I think yes, and here’s why.

First off, bravo to Spencer Pratt; no seriously, I was surprised and delighted at what I saw.

I noticed within the first two episodes, Spencer was more honest with his emotional self. And what I mean by this, is that Spencer allowed himself to be vulnerable. No longer is he being aggressively confrontational and an overall hot head shouting his demands, and wanting to punch the first person that complimented his then very attractive and beautiful fiance (now wife), Heidi Montag. Now Mr. Pratt has become a refined man, one that is no longer shouting–but voicing. And heck, if he can redeem himself and turn his life around, then the world may just have hope after we put an end to this CoronaVirus once and for all.

Spencer’s maturity was felt immediately during the first episode when Brody Jenner, Frankie Delgado, and Spencer were having dinner, and Spencer revealed how hurt and bothered he was at the fact that Brody (his former best friend) chose to not invite him to his wedding. If you’re a fan of the show, and thus aware of their extremely complicated past, Spencer and Brody were once best friends, but with the increasing turmoil between Lauren Conrad (a love interest of Brody at the time) and Heidi (Spencer’s then fiance), the two had an untimely split from their bromance and Spencer’s heart was broken. And you can tell that his heart was crushed because his face was still in shock and disbelief as Brody continued to act apathetic toward Spencer.  For once, a night did not end in an argument when two people disagreed on something.

And speaking of “Pratt”. The inner family drama between Stephanie (his sister) and Spencer was also highlighted quite early, and his approach toward her was again one of maturity and respect.

According to an interview with Spencer in the most recent show, Heidi and Spencer would visit Stephanie, and to their knowledge, “everything was fine”. Yet, they would then see her make nasty comments about them, which was consistently “frustrating” for the two.

It seems as if his relationship with his estranged sister Stephanie has allowed him to understand what it is like to be harrassed and pursued, in a similar manner to what he did to so many others in the show, starting in 2006.

Spencer, who is now a proud father, feels a sense of protection and pride when it comes to his family; and if you pay close attention to how he says this, Stephanie is on the outside, and not a part of that dynamic. Spencer views Stephanie’s harassment as a threat to his now wife and son, and this is the first time I have witnessed Spencer act responsible, yet not because of his own selfish desires (much like in 2006), when he would merely act good so he could be bad. But now, he acts good because he wants to be good, and this is out of respect and honor for his wife and son–his family.

After some much needed soul searching (in Costa Rica), Spencer has finally understood that it’s okay to be a trust fund baby. It’s okay to have your polos bought by your daddy. It’s okay. All of those things were masks that he was trying on. A young man in his early 20’s is surely not the man that will exist in their 30s–and look, if Spencer Pratt, the once womanizer and controlling fiance of Heidi Montag can mellow down and realize it’s time to change, then so can the rest of the world.

I commend Spencer. I commend his reform.

See, America, not every white male is disliked.